The $50 million in additional port deepening funds proposed by Georgia Gov. Nathan Deal has been approved by the state legislature and now awaits the governor’s signature.

Along with previous funding, Georgia has allocated $231.1 million toward the state’s portion of the Savannah Harbor Expansion Project (SHEP).

The $50 million in additional port deepening funds proposed by Georgia Gov. Nathan Deal has been approved by the state legislature and now awaits the governor’s signature. Along with previous funding, Georgia has allocated $231.1 million toward the state’s portion of the Savannah Harbor Expansion Project (SHEP).

Deepening the Savannah Harbor from 42 to 47 feet will accommodate an increase in the number of super-sized container vessels transiting the Panama Canal after its 2015 expansion. With a deeper channel, larger and more heavily laden ships can arrive and depart with greater scheduling flexibility. These “Post Panamax” vessels will mean lower shipping costs per container slot.

“This infrastructure investment is crucial not just for the port, but for the economy of Georgia and the entire Southeast,” said Deal. “A deeper Savannah Harbor means greater efficiency for 21,000 U.S. companies, 75 percent of which are headquartered outside of Georgia. A U.S. Army Corps of Engineers study has shown that SHEP will reduce shipping costs for private companies by at least $213 million a year. Neither Georgia nor this nation can afford to delay a project that provides customers with a tool that reduces their costs.”

The new funding was part of Gov. Deal’s FY2014 budget request, and included in the final version of the state spending plan passed by the General Assembly Thursday.

“The strong actions by the General Assembly and the governor indicate the level of commitment across the state to see the harbor deepening completed,” said GPA Board Chairman Robert Jepson. “We appreciate the broad support among state leaders for our deepwater ports, which serve as economic engines supporting 352,000 jobs across Georgia.”

Overall, the cost of the project is anticipated to be $652 million. The Record of Decision, signifying final federal approval for the project, was issued in October 2012, clearing an important hurdle toward federal construction dollars.

“The Record of Decision means the project has been determined safe for the environment by our federal agencies, including the Environmental Protection Agency, the Fish and Wildlife Service and the National Marine Fisheries Service,” said GPA Executive Director Curtis Foltz. “Additional studies by the Army Corps of Engineers show a 5.5-to-1 benefit to cost ratio, meaning that for every dollar spent on the deepening, the nation will reap $5.50 in benefits.”

The planned new depth of 47 feet strengthens the Port of Savannah’s position as a major global trade destination, allowing it to more efficiently accommodate Post-Panamax containerships. Additionally, general navigation will be improved, with wider channel turns and a larger turning basin. The Savannah River, which features a seven-foot tidal change twice a day, will continue to host two-way containership traffic. 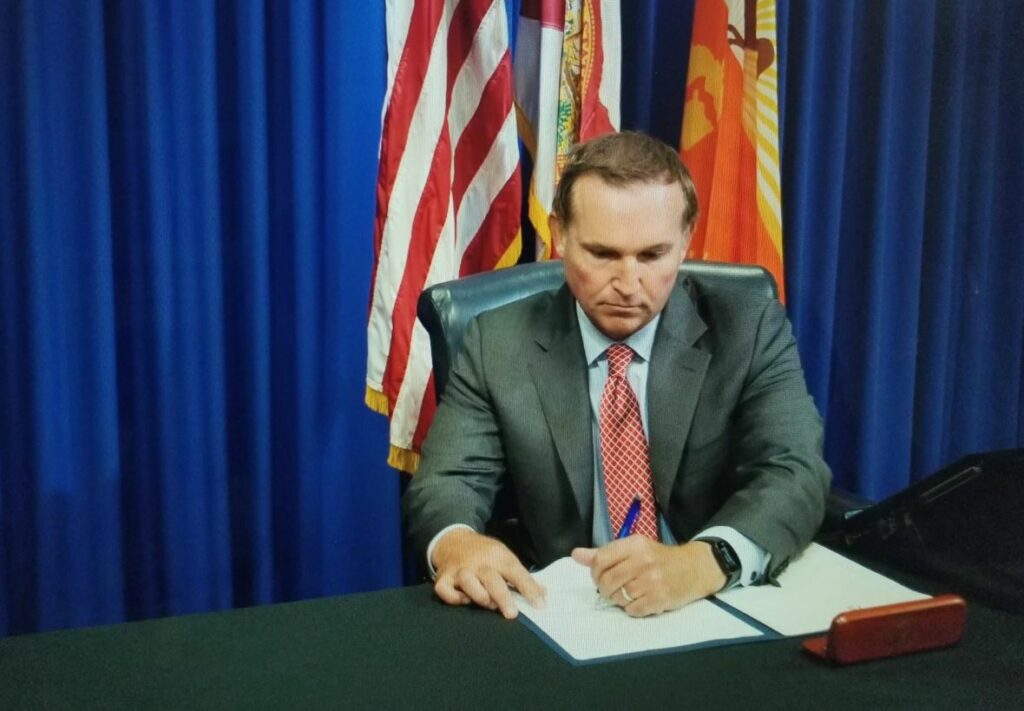