“This funding keeps this critical project on pace to completion,” Brady said. “This effort started before I was first elected and I’ve fought for it every year since. I’m proud to say that President Obama and Vice President Biden have been at our side in this fight and they deserve praise for stepping up each time the Philadelphia Region needed them.”

Brady noted that “this has been a joint effort for many years with our partners former Congressman Bob Borski, State Rep. Bill Keller, Jim Paylor and Boise Butler of the International Longshoreman’s Association and Charles G. Kopp, Chair of the PRPA to finally bring this to fruition.”

Brady said he is pleased with the progress of the Delaware River Channel dredging project designed to deepen the river’s shipping channel from 40 to 45 feet from Philadelphia/Camden to the Atlantic. More than 27 miles of the river havebeen dredged and according to the Army Corps of Engineers work on the remaining 14-mile stretch will be completed in May. Brady said, “This project has been an uphill battle, but now we are just weeks away from ensuring that the Delaware River ports will be competitive with other east coast ports.”

The dredging/deepening project will mean that the Delaware River will be able to accommodate larger and more deeply loaded ships with deeper drafts. “As I have said on many occasions, there is no way to overestimate the importance of this dredging operation. Our ports are responsible for 75,000 jobs and $1billion in wages for our region. If we had not continued this fight those jobs and our regional economy would have taken a serious hit.” 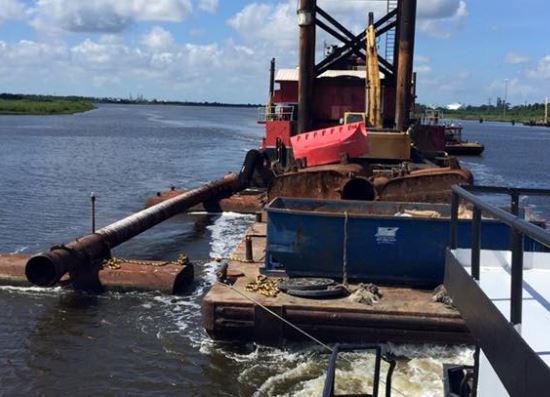