He spoke to over 500 people in attendance. Customers and vendors flew in from around the country and even from overseas to share the experience.

During the President’s public remarks, he noted that Ellicott epitomized the strength of American manufacturing with its ability to “keep building equipment stamped with those three proud words: Made in America” and its success in “selling it around the world…(with) a sales force that travels everywhere, outhustling the competition in search of new business.”

During a private plant tour, the President observed some of Ellicott’s more recent machinery investments, such as a million dollar Vertical Machining Center, and discussed export promotion strategies with Ellicott’s president Peter Bowe.

The President praised not just Ellicott’s products, but also its people in an exceptional way. He commented that:

“This company still has a set of core values that’s lasted for generations. Just like the folks who came before you…to sell products all over the world; to grow not just a business, but a community, and by doing that, you’re growing our country.”

He cited in particular the work philosophy of long-time Ellicott employee Myrna LaBarre as worthy of emulation:

“Be honest. Be helpful. Accept your mistakes and improve upon them. Be good to people. Keep a good sense of humor. Have the best work ethic possible, and handle the good times and get over the bad.”

He concluded his remarks by saying:

“That’s a pretty good recipe for success right there. That’s who we are. If we…just all keep Myrna’s advice in mind, keep plugging away, keep fighting, we’ll build an even better America than we’ve got right now.”

Bill Hanson of Great Lakes Dredge and Dock, one of many thrilled Ellicott customers in the crowd, commented that “this event was big for Ellicott, but even bigger for the U.S. dredging industry. It’s great to hear our leaders pointing out the need for infrastructure investment, especially including dredging.”

The presidential visit was another milestone in Ellicott’s long history of building innovative and state-of-the-art dredges for customers both in the USA and around the world.

At the beginning of his speech, the President joked, “I was told that one of your customers once named a dredge after President Clinton, so I’ve got my fingers crossed. Never had a dredge named after me, so I’m looking forward to that!”

Well the President didn’t have to wait long! Thanks to the internet, a new Ellicott customer, half way around the world in New Zealand, read the President’s remarks and took the challenge seriously. Don Wright, who recently bought an Ellicott Series 370 “Dragon” dredge to process coal mine tailings, had been unable to choose a name.

With shipment imminent, he emailed Ellicott today: “Naming this dredge was harder than naming my first child, but after reading the President’s speech, I know what to do—go with “President Obama,” and make sure it has ‘made in America’ on it!” 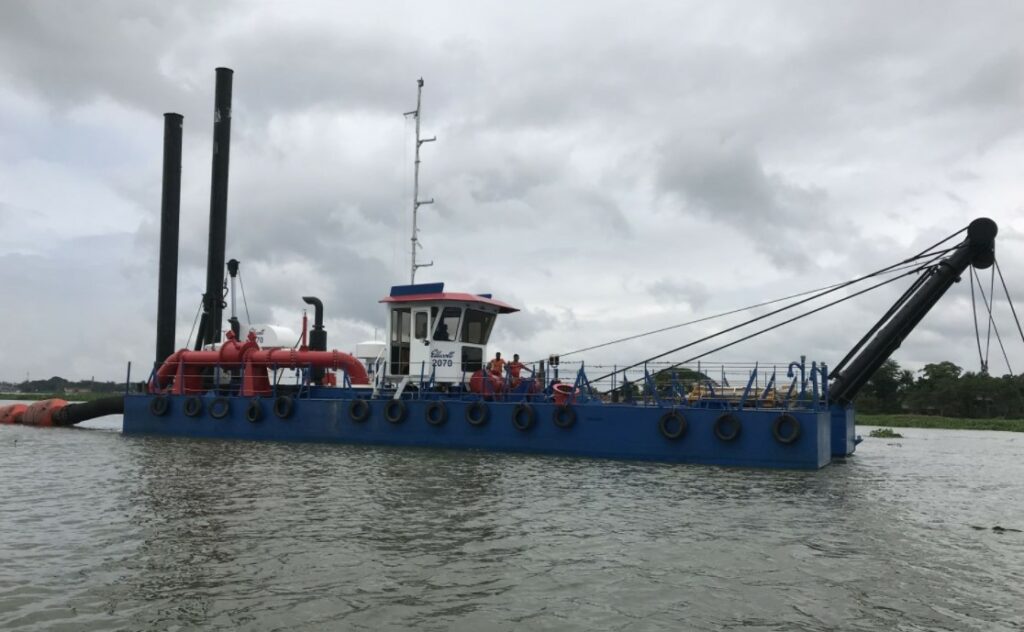