U.S. District Judge Richard M. Gergel accepted the settlement agreement between all parties involved in the mediation over the Savannah Harbor Expansion Project in an order that dismissed the federal litigation pending against the proposed deepening of the harbor channel.

“We appreciate the patience and persistence of former Congressman Spratt and federal Magistrate Hendricks who worked throughout the mediation process ordered by Judge Gergel to bring this litigation to a successful conclusion,” said GPA Executive Director Curtis Foltz. “SHEP will benefit American exporters and consumers by better accommodating larger vessels, which deliver lower shipping costs per container.”

“We are very encouraged that both states have been able to resolve this matter, and allow a project that is critical for our national and regional economies to move forward,” said Georgia Governor Nathan Deal.

Deal recently signed a 2014 state budget that includes $50 million in state bonds for SHEP construction, bringing the total state dollars allotted to the project to $231.1 million. The harbor deepening is necessary to better accommodate the larger container ships that already arrive through the Suez Canal and soon will transit the Panama Canal, when its expansion is completed in 2015.

The world fleet is moving to larger container ships with the average vessel calling on the U.S. East coast shifting from a capacity of 4,500 twenty-foot equivalent container units (TEUs) to around 9,000 TEUs. Ships carrying roughly twice the volume on each trip will reduce fuel consumption and air emissions per ton of cargo. Cost savings should exceed 30 percent. The Corps of Engineers calculates the planned Savannah Harbor improvements will save shippers $213 million a year, or more than $10 billion over the life of the project. Economic studies show the $652 million project will provide $5.50 in benefits to the nation for each dollar invested.

The settlement agreement resolves all legal challenges to the project, including agreement on all outstanding state environmental approvals.

“I am pleased that we have reached a settlement in a timely fashion so that this vital project for Georgia and the United States can advance unobstructed by litigation,” said Attorney General Sam Olens. “I appreciate the efforts of the Georgia Ports Authority and the legal team whose hard work and diligence made a resolution possible.”

The project is supported by an environmental plan developed over a 16-year process, involving a wide-ranging group of stakeholders: environmental organizations, state agencies, the U.S. Environmental Protection Agency, the Fish and Wildlife Service, and the National Marine Fisheries Service. They identified, studied and reached consensus on issues of environmental concern. The environmental projects included in the deepening plan are the product of the one of the most transparent, inclusive, and detailed reviews of any harbor-deepening project in the United States.

With Judge Gergel’s acceptance of the settlement – and issuance of a water quality certification and a coastal zone consistency determination – project construction can begin once Congress completes action on the Water Resources Development Act.

The Senate version of the WRDA, passed this month, approves the $652 million cost level of the deepening, which has increased since the project was authorized 13 years ago. The House now takes up the bill.

“Now that the concern of litigation has been resolved by a universal settlement, this vital project will move forward,” said GPA Board Chairman Robert Jepson. “The expanded harbor will perfectly complement Savannah’s landside infrastructure, which includes two Class I railroads, and direct access to Interstates 95 and 16.” 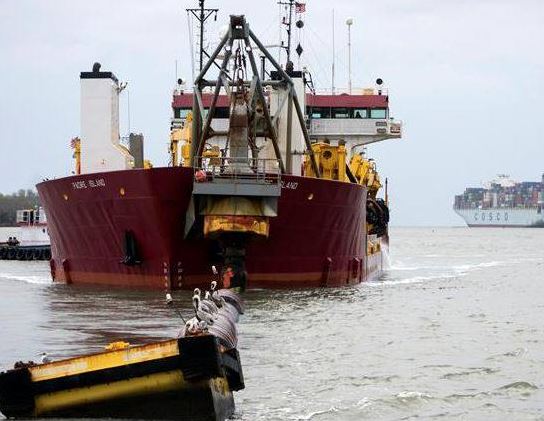