Dredging operations got underway last week in the Hatteras ferry channel to clear a 10-to-12-foot depth along the route between the ferry facilities on Hatteras and Ocracoke, with the goal of clearing the way for the ferry route to return to its original path in a few weeks.

An overnight storm on Jan. 18 made the route too shallow for ferries to travel safely, and an alternate route between Hatteras and Ocracoke has been in use since Jan. 22.

The Army Corps of Engineers, which is in charge of the dredging operation, got environmental clearance on Thursday to begin work, and the Dredge Merritt arrived in Hatteras Thursday evening. It will work 12-hour days to clear a path for another dredge ship, the Murden, to relieve her. While the Merritt moves sand off to the side to clear a channel, the Murden actually hauls sand away from the area and dumps it in another location.

It’s estimated it will take a minimum of four days work by the Merritt to allow for the Murden to effectively work the dredge cut.

Considerable dredging was done by the Army Corps of Engineers through the spring, but tests conducted in late April showed that in three areas of the Hatteras Inlet, sand had already started to shift back to the areas dredged several weeks earlier. That made those areas unsafe for travel by ferry vessels, which need at least nine feet of water depth to operate.

Shifting sand in the inlet has been an increasing problem for ferry travel in recent years, creating issues where they did not previously exist. Part of this is a result of the number of hurricanes and nor’easters that have hit the area.

To handle the increased passenger traffic going into the summer, the Ferry Division had moved the Hatteras-Ocracoke route to its summer schedule on May 7. And an additional six trips in each direction were added on May 21. 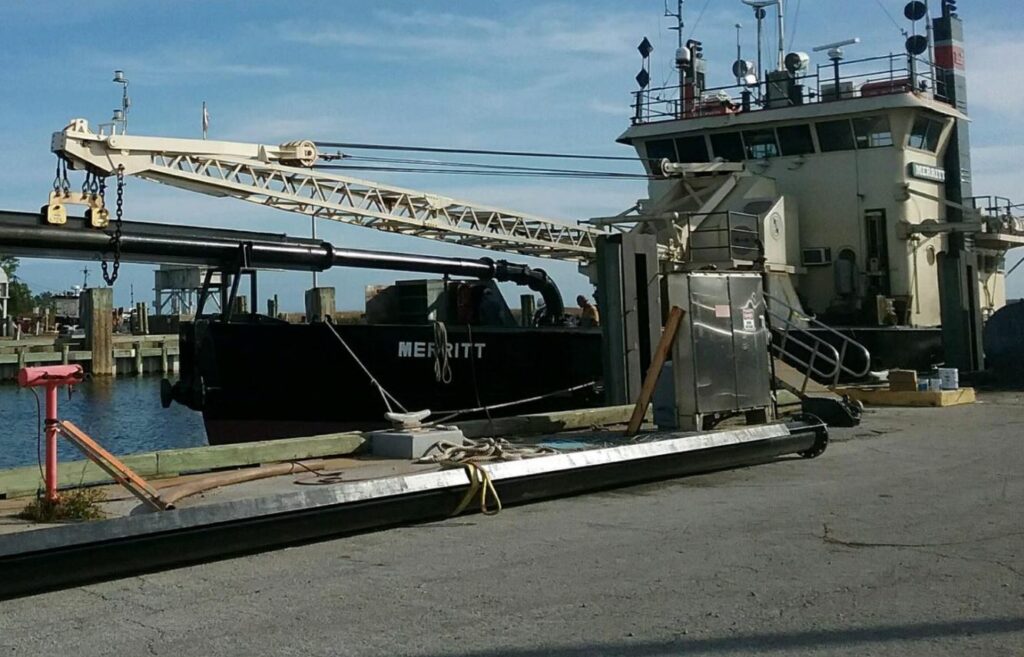