A NEW law regulating the dredging of sand from the seabed stalled yesterday over fears that low-paid labourers could be made scapegoats.

Shura Council members refused to approve the draft bill due to concerns that wealthy businessmen behind the illegal practice could escape punishment.

It has now been referred to the council’s public utilities and environment affairs committee, which will draw up specific punishments for each violation – as opposed to general penalties currently in the draft.

“Let’s be frank, the rich have scapegoats in poor labourers,” said Shura Council member and lawyer Rabab Al Arrayedh, who feared most of those punished would be expatriate bachelor labourers who drove trucks carrying dredged sand.

“They (company owners) could throw the blame on them (low-paid workers) since they could easily come to court and say they were unaware about the actions of their employees and accuse them of trying to make extra cash using company vehicles.

Under the draft law, violating the new law would carry a jail term to be determined by a court or a fine of between BD50,000 and BD100,000, or both. If repeated, the punishment would be doubled.

A legal adviser from the Ministry for State for Parliament and Shura Council Affairs also suggested the law should be redrafted – explaining it could be deemed unconstitutional in its current form because it was too general.

“The Constitutional Court could easily throw out those punishments and deem the law incomplete,” he said.

“We can’t have those who dredge without a licence, those who violate licensing terms and those (licensed firms) who damage the environment by trespassing outside an allocated dredging zone treated the same.

“Do punishments cover decision makers only, or all?”

Under the law, only authorised companies would be allowed to dredge sand and they would not be allowed to sell it outside Bahrain unless sanctioned by the concerned minister.

Licences would be renewed annually under rates of between BD10,000 and BD50,000, with applications reviewed by a committee comprising concerned government bodies and chaired by an under-secretary from the Municipalities and Urban Planning Affairs, which will determine the location and amounts of sand that could be dredged.

The Shura Council was also split on an article that allows the minister to cancel permits and the concerned committee has also been asked to define his powers.

Under the law sand prices would be calculated according to market prices every two years, although the Shura Council cancelled an article that stated dredging companies would have to make backdated payments due to the difficulty in making calculations.

Dredgers would have to compensate any damages to the environment or facilities in the sea, with those exceeding permitted amounts would have the extra sand seized by the government.

Municipalities and Urban Planning Affairs Minister Dr Juma Al Ka’abi revealed this happened only last month, but the government was still deciding what to do with the seized sand.

“The Finance Ministry has suggested we auction it to the highest bidder and another idea is to use it for government projects,” he said.

He also suggested dredging companies should compensate fishermen, with plans to reduce the number of fishing licences from 1,624.

“We have limited space and with dredging we will further limit availability,” he said.

“For that we want dredgers to compensate fishermen whenever they harm the environment.”

Last month, the Cabinet imposed fees for the first time on the dredging of sand from the seabed as part of an initiative to preserve natural resources.

Dr Al Ka’abi submitted a list of proposed fees to the Cabinet, which has been referred to a ministerial committee for further study.

The Shura Council backed the law in principle in February, but complained the damage had already been done after years of unregulated offshore dredging.

Some called for dredging companies to be forced to make backdated payments, claiming they had been helping themselves to national resources at the country’s expense.

Firms were previously required to obtain a licence to carry out dredging, but there were no limits on how much sand they could scoop up. 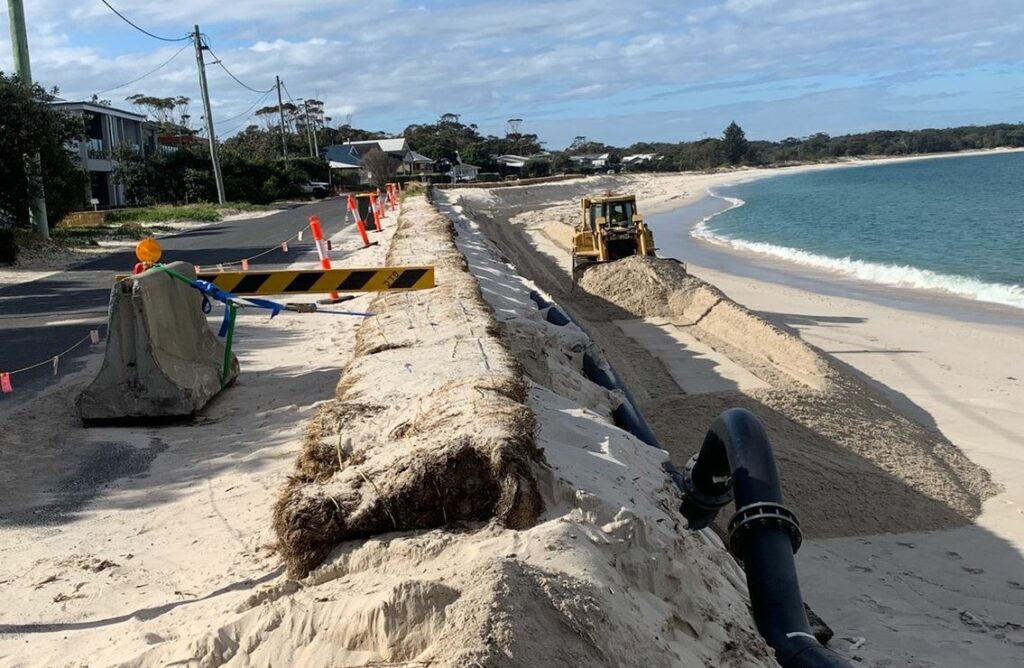