At a meeting on Monday 17th June Torridge District Council decided to proceed with developing the Brunswick Wharf area of East-the-Water in Bideford.

After an exhaustive process of consultation, then receiving and evaluating tenders for the project, Members have decided on the preferred developer, Oceanside Developments. Proposals submitted by Oceanside Developments for the Wharves have been thoroughly discussed by Members who are now looking forward to seeing some more real progress in the regeneration of the town.

Councillor Phillip Collins, leader of Torridge District Council said, ‘The River Torridge is a wonderful asset but we are simply not making the most of our eastern bank. East-the-Water gazes right over this magnificent town; it is well connected by the A39 and the Long Bridge and enjoys spectacular views and longer periods of sunlight into the evening. Torridge has been considering the potential development of this area for many years and remains determined that at the heart of any successful plan must be an attractive public open space with free waterside access and features and facilities that will enhance the enjoyment of Bideford residents and visitors alike.‘

Simon Maunder, from Oceanside Developments said, ‘Over the centuries, the river Torridge enabled Bideford to trade globally and fuelled the consequent growth and stature of the town. But since the middle of the last century Bideford’s maritime related industry has continually declined. To the west side of the river, Bideford has recently benefitted from its upgraded quay, which remains a working port. Despite this activity Bideford’s waterfront east side of the river has been left comparatively neglected and under utilised for decades. We are therefore proposing a large public square with some weather related coverings to encourage a cafe culture and alfresco dining environment, alongside a visitor information centre and some carefully chosen retail outlets. We plan to dredge the river on the east side and incorporate a network of floating pontoons (that will dry out at lower tides) for small to medium sized local boats, further interlinking the wharves with the river. We aim to create easy access to both the town centre and the Tarka Trail.’

Bideford Town Mayor Cllr Simon Inch added, ‘Bideford needs a development that is unique and exciting but which feels part of the town and complements and enhances Bideford as a whole, one that offers further choice and importantly reconnects East-the-Water with the main town by creating an additional desirable area where locals and visitors can shop, live and relax right at the very edge of our wonderful and fascinating river.‘

Jenny Wallace, Head of Paid Service at Torridge said, ‘The operations of the busy Port will not be affected; we can look forward to a large public square which will encourage a ‘cafe culture’ with alfresco dining, public events, street performance and small scale street vendors alongside some carefully chosen retail outlets.’

Some limited, sensitively designed and relatively low profile housing will bring revenue to the scheme to help fund the public amenities and remedial sea wall works required to facilitate the marina and riverside walks, creating easy access to the town centre and popular Tarka Trail.

Cllr Roger Johnson said, ‘This development has been a long time coming but we’re now at a point where we can arrange for further public presentations to help ensure that the chosen plan will create a positive and lasting legacy for the people of Bideford.‘

And Paul Phipps, President of the Bideford Chamber of Commerce, also a keen supporter of economic regeneration, said, ‘Investment in a carefully planned development at East-the-Water gives us an exciting opportunity to pump new life and vitality into a tired and underused area of our wonderful town. It is a truly promising step forward for Bideford that should benefit us all through extra choice, extra trading opportunities and new wealth and job creation.‘

Cllr Phillip Collins added, ‘The redevelopment of East-the-Water will inevitably be a demanding project. It is an extremely complex site with numerous challenges such as a damaged harbour wall, land contamination, significant dredging requirements, extensive groundwork needs and other aspects that are problematic and costly. Selecting an established, entrepreneurial and sensitive development team has been critical, but councillors are confident that they now have a suitable party interested, and are finalising the legal requirements to ensure the organisation is willing and more than capable of taking on these challenges and achieving something really special for the town.‘ 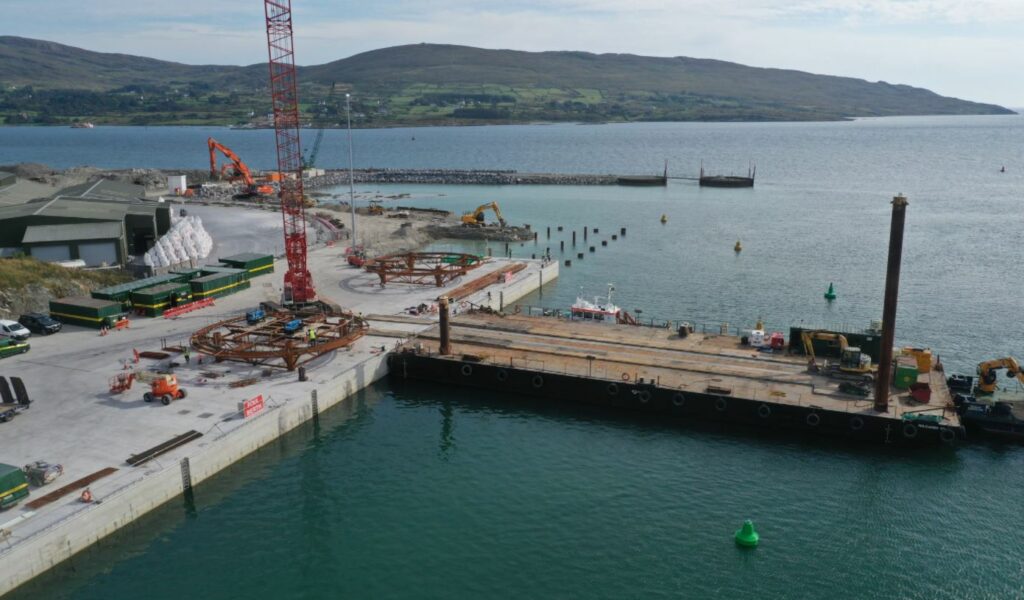