Public areas along Lake Washington’s northern tip are safe for swimming and other in-water recreation, according to assessments of lake sediments and water quality.

Findings will be presented at a public meeting set for July 11 at Kenmore City Hall, 18120 68th Ave. N. E., beginning at 5:30 p.m. with an informal open house. A presentation and question-and- answer session will begin at 7 p.m.

Officials and experts from the city of Kenmore, the state Departments of Ecology and Health and other agencies will be available to answer questions.

The meeting will focus on three key developments:

– City/state sediment study: Kenmore and Ecology jointly funded a study that examined sediment samples at Log Boom Park, Kenmore Navigation Channel, Kenmore Industrial Park, the lower reach of the Sammamish River, including the Department of Fish and Wildlife (WDFW) boat launch, and at Lake Forest Park’s Lyon Creek Waterfront Park. Concentrations of dioxin and other toxic substances in the sediments at most of these locations were consistent with or lower than background levels found in soil in other parts of the Seattle urban area.

The study also found dioxins in sediments above background levels at two private marinas. Ecology, the two private marina owners and the state Department of Natural Resources have agreed to cooperate on further evaluating sediment cleanup and dredge planning at these two locations, which are not swimming areas.

– Department of Health assessment: The Washington Department of Health evaluated the sampling study data within Kenmore and concluded that contact with sediments outside the two private marinas – Harbour Village Marina and Northlake Marina – is not expected to harm people’s health in the study area. This includes Logboom Park, the WDFW boat launch, and areas with limited public access such as the navigation channel and near the Kenmore Industrial Park (KIP) site.

– Kenmore Navigation Channel dredging project: One goal of the Kenmore sediment study was to determine potential sediment disposal options for the future maintenance dredging of the Kenmore Navigation Channel, which the U.S. Army Corps of Engineers (Corps) would undertake, subject to Congressional funding. The dredging would provide better vessel access to waterfront businesses. The city continues to work with the state’s congressional delegation and the Corps to include the maintenance dredging in a future budget and work program.

The Dredged Material Management Program (DMMP), a four-agency group that evaluates sediments for dredging purposes, reviewed sediment results for preliminary evaluation. DMMP’s members are the Corps, U.S. Environmental Protection Agency, Ecology, and Washington Department of Natural Resources. Because the recent testing was performed at a preliminary screening level, DMMP would require further analyses closer to the time of any dredging to determine if material would be suited for in-water disposal at an approved open water disposal site. 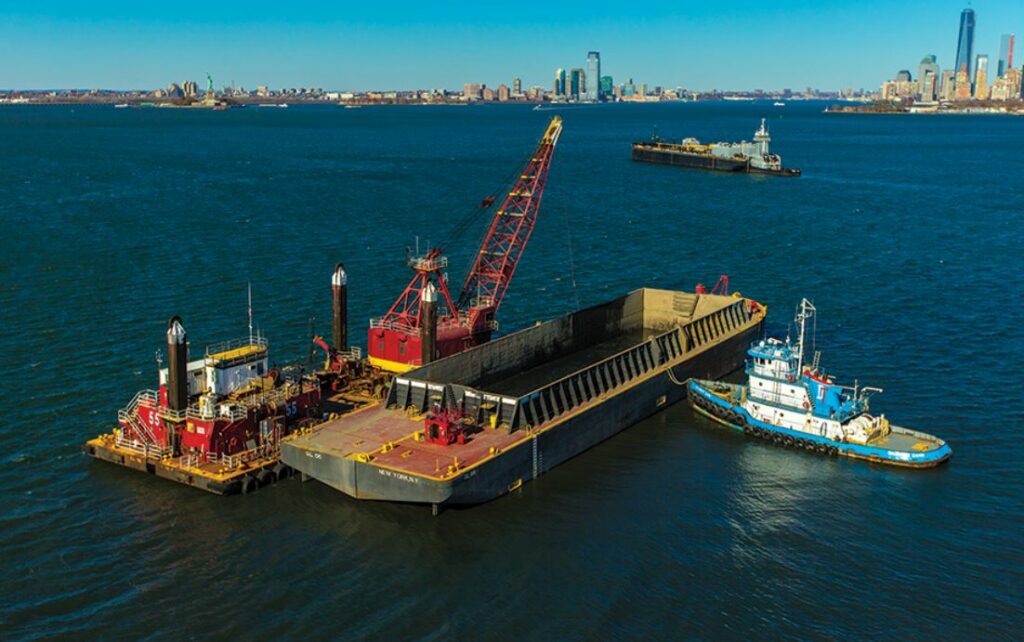