Indofin Group, the investment company, owned by the De Bruin family, has acquired a majority shareholding of 62% In IHC Merwede.

Rabo Capital (10%) and IHC Merwede management and staff (28%) are the other principal shareholders.

Indofin has obtained this significant stake in IHC Merwede by partially taking out each of its coshareholders. Indofin’s Chairman, Cees de Bruin, says: “We have already been a shareholder of this great company for eight years and we are in full support of the current direction that continues to pay off. We only choose to invest in companies with potential for long-term growth and are convinced of the healthy future that lies ahead for IHC Merwede – where I was once employed myself.”

Rabo Capital has also taken this opportunity to announce that it has reached its strategic goal with IHC Merwede. “In 2005. after the split from IHC Caland, we continued to support IHC Merwede,” explains Sipko Schat, a member of the Management Board of Rabobank Nederland.

“IHC Merwede is excelling in a highly competitive marketplace, and to our great satisfaction, is achieving healthy results. However, it is time for us to hand over the baton. At the same time, we will stay involved in the company as a shareholder and lender.”

IHC Merwede’s President Govert Hamers welcomes the transfer of shares. “Indofin is a strategic investor that has a clear long-term vision. With this new shareholder structure. IHC Merwede has more clout to strengthen its position in both the historic dredging and offshore markets, as well as in the relatively new renewable energy and wet mining markets.”

IHC Merwede’s Workers Council has given a positive advice to the reorganisation of the share capital. 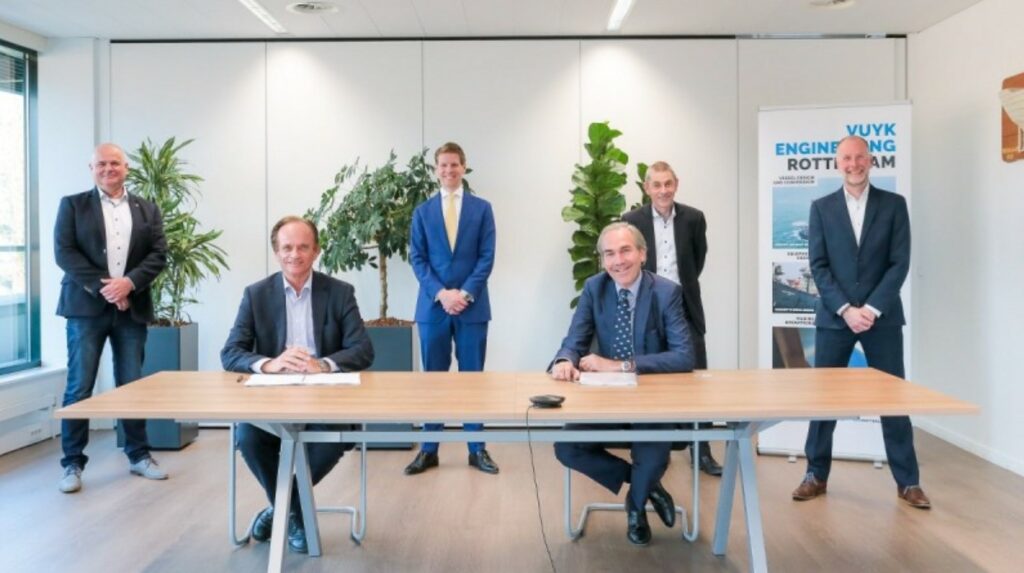