U.S. Senator Charles E. Schumer called for federal Hurricane Sandy relief funds to be used to create a new dune flood-protection system in Breezy Point that would make its residents safer and enable the community to be better prepared to withstand subsequent storms.

Similar dune protection systems are already under way across the rest of the Rockaway Peninsula, but not yet at the far-western end, which leaves this community exposed to future storms. The project, recently submitted by the City of New York as its top priority to FEMA’s Hazard Mitigation Grant Program (HMGP) would cost approximately $58 million and consist of the evaluation and construction of a primary and secondary dune system and other protective measures in Breezy Point that would protect future storm surges. These storm-protection methods were not in place when Hurricane Sandy hit, which led to tremendous storm-surge damage throughout the community.

“For communities close to the water, dunes and bay-side protections are essential first-lines of defense against killer storms. That is why we prioritized federal funding to build dunes and groins, seawalls and more for the rest of the Rockaway Peninsula. And now we must complete that essential line of defense by building a first-class dune and bay-side system at Breezy Point, too,” said Schumer. “Breezy Point residents have been through profound hardship over the past year, so whatever we can do to help this community recover from the storm and build systems that will enable them to avoid similar damage in the future is smart and cost-effective, and that is why New York City has made this project its top priority for the FEMA mitigation program.”

“Our coastal communities are vulnerable to rising sea levels and worsening storm surges that place countless lives directly in the path of danger,” said Congressman Gregory W. Meeks (NY-05). “Super Storm Sandy highlighted the need for preventative measures including new dune flood-protections systems to ensure the safety of the community and our infrastructure. I join with my colleagues in calling for adequate protection of the entire Rockaway peninsula to safe guard against storms that in the future could be stronger and more destructive.”

“Few areas were as hard hit by Sandy in this state than Breezy Point was,” said State Senator Joseph Addabbo, Jr. “Many of my constituents are still seeking assistance in returning to their homes. Given the unique geographic location of Breezy Point and its susceptibility to storm damage, I believe federal assistance in implementing a resiliency project which includes dunes, seawalls and other storm damage mitigation measures is a rational and much-needed move.”

“We need to protect our most vulnerable communities to ensure a full recovery for all residents,” said Assemblyman Phil Goldfeder (D-Breezy Point). “The much-needed federal funding for this project would not only provide relief for the families of Breezy Point, but it will also ensure that the entire Rockaway Peninsula is adequately prepared for future storms. I commend Senators Schumer for making the safety of our families a top priority and for his continuous advocacy on behalf of all our families.” 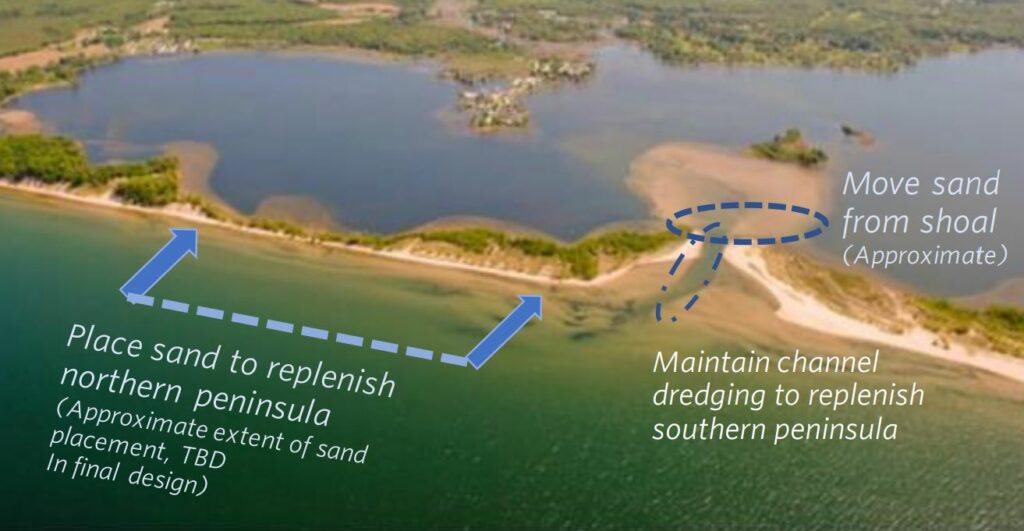