The U.S. Army Corps of Engineers, Jacksonville District, announced yesterday that dredging operations continue without delays on the St Lucie Inlet Navigation Project. The work is in response to impacts from Hurricane Sandy’s passage in 2012, and is 100% federally funded under the Flood Control and Coastal Emergency (FCCE) program.

Cashman is dredging 200,000 cubic-yards of sand from the inlet and the adjacent settling basin, barging the beach quality material via the Intracoastal Waterway, and then placing it on the beach at the Hobe Sound National Preserve.

Jacksonville District has relocated millions of cubic yards of sand from Florida ports, inlets and the Atlantic Intracoastal Waterway as part of the FCCE program. This work provides significant aid to navigation and, when suitable, it also benefits local beaches with sand nourishment, providing significant storm damage protection and restoring beach wildlife habitat. 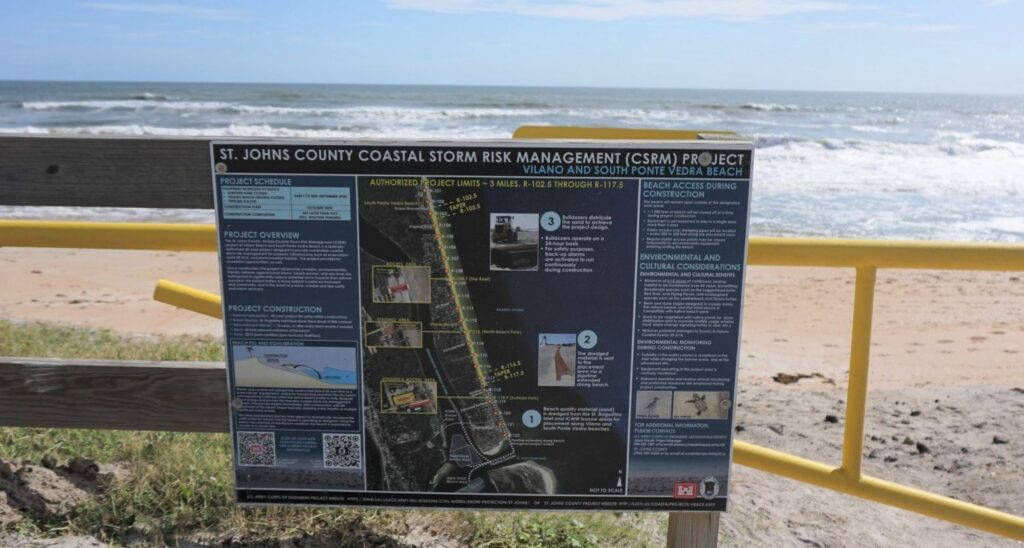