The Washington Suburban Sanitary Commission (WSSC), owner of the Potomac Water Filtration Plant, has been sued in federal court for polluting the Potomac River and the Chesapeake Bay in violation of the Clean Water Act.

Attorneys from Environmental Integrity Project (EIP), on behalf of the Potomac Riverkeeper, together with the Chesapeake Bay Foundation (CBF), filed a lawsuit yesterday against WSSC in the United States District Court for the District of Maryland for years of unchecked water pollution from the filtration plant.

The Potomac Water Filtration Plant is located near Seneca, Maryland, alongside the historic C & O Canal National Historical Park and upstream from Great Falls National Park, and discharges up to 15.8 million gallons per day (average discharge is 8 MGD) of wastewater into the Potomac River. The facility provides drinking water to the majority of Maryland residents in Montgomery County and parts of Prince George’s County, and has been operating under a 5-year permit that expired nearly 12 years ago. Potomac Riverkeeper and CBF allege that the WSSC facility has and continues to discharge millions of pounds of sediments (formally known as total suspended solids or TSS) and aluminum directly into the river instead of treating these wastes and disposing of the remaining wastestream off-site.

Excess sediments not only muddy the water, they smother fragile fish eggs, rob the water of vital oxygen, reduce the amount of sunlight needed for healthy aquatic plant growth, and threaten the benthic community. Benthic organisms such as oysters, clams, snails, and crabs feed on decaying matter in the sediments, and in turn, are a crucial source of food for fish and other higher organisms in the food web. Significant amounts of aluminum in the discharge can have adverse impacts on fish population and benthic communities, depending on other water quality factors such as pH and hardness. Although aluminum is a metal known to stress fish and amphibian populations, the Maryland Department of the Environment (MDE) has allowed WSSC to discharge aluminum in amounts well above EPA’s National Recommended Water Quality Criteria for more than a decade.

The health of the river and Bay are being compromised by WSSC’s operations because its solids treatment unit, which became operational in 2002, simply doesn’t work. The result is massive amounts of untreated pollution flowing daily into two of the nation’s and region’s most cherished waterways: the Potomac River and, ultimately, the Chesapeake Bay, both of which are impaired, among other reasons, for excess sediments. More than a decade after the 1997 permit expired (May 2002) and the solids treatment unit went online, WSSC and the MDE still have not arrived at a fix. Both local water bodies continue to suffer as a result of the stalemate between the two governmental entities over the permit and the treatment unit overhaul.

As a result of tens of thousands of pounds of chemicals added every week to aid the ailing treatment process, WSSC discharged approximately 30 million more pounds of TSS than it took in and added approximately 1.5 million pounds of aluminum – just in the last four years. In addition, WSSC discharges significant amounts of phosphorus into the Potomac River without any permit limits and zero treatment. Making matters worse, WSSC is several orders of magnitude less efficient at removing and treating solids and other pollutants than other regional water suppliers.

“The discharges from the WSSC facility are unacceptable. The Potomac is already suffering from excess sedimentation, and this just makes it worse. Meanwhile, the aluminum pouring out of the outfall is putting undue stress on the fish population. The Potomac River, and everyone who depends on it, deserve better,” said Matthew Logan, president, Potomac Riverkeeper.

“The sediment being discharged, in violation of permit limits, is damaging the health of the Potomac River and Chesapeake Bay, and toxicity testing, which is required by the permit, is needed to determine what damage is being done by the aluminum,” said Jon Mueller, CBF vice president, litigation . “The goal of this action is to push WSSC to upgrade its facility, stop unpermitted discharges, and ensure accurate monitoring. MDE and WSSC must ensure that permit limits, crucial to Chesapeake Bay Blueprint efforts, are met.”

“We are disappointed in WSSC’s refusal to respond to our letter notifying them of very serious violations of the Clean Water Act, which contribute to pollution of the Potomac River and the Chesapeake Bay,” said Eric Schaeffer, executive director of EIP. “While we remain open to a reasonable settlement, at this point we have no choice but to ask a federal court to put a stop to these illegal discharges.”

In 2010, pollution limits were established for Chesapeake Bay, known as a Total Maximum Daily Load (TMDL), which is designed to reduce the amount of pollution – specifically sediment, nitrogen and phosphorus, released into the Bay and its tributaries, including the Potomac River, and over time restore the water quality of the watershed. In June 2012, EPA approved the pollution limits established by MDE in the Potomac River TMDL because studies indicate that the river’s biological communities are impaired due to sediment-related stressors. Requiring the Potomac Water Filtration Plant to get on board with the mandates of the Clean Water Act (CWA) – including the Chesapeake Bay and Potomac River TMDLs — and devise a way to produce drinking water without worsening the health of the Potomac River and Chesapeake Bay, is essential.

Prior to filing their case, and as required by federal law, plaintiffs first submitted to WSSC, as well as state and federal regulators, a 60-day notice of intent to sue letter (NOI), dated November 13, 2013. The lawsuit filed today seeks penalties for illegal discharges and other violations of WSSC’s permit and asks the Court to require WSSC to identify and address the design and operational problems with the solids treatment unit. In addition, the plaintiffs hope this litigation will encourage MDE to issue WSSC, sooner than later, a new NPDES permit with more protective limits and operating conditions. 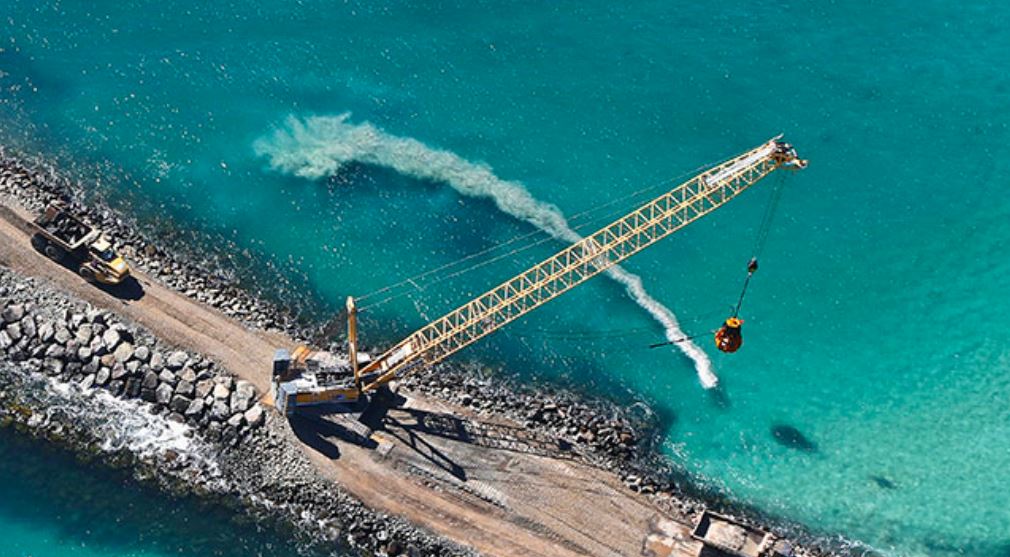