The U.S. Army Corps of Engineers, New York District, recently completed the maintenance dredging of nearly 680,000 cubic yards of sand from the Jones Inlet Federal Navigation Channel in Nassau County, NY, to a depth of more than 14 feet.

It incurred additional shoaling due to Hurricane Sandy which necessitated additional dredging, which hadn’t been done since 2008 when New York State funded the removal of approximately 642,000 cubic yards of sand. The $10.1 million contract was carried out by Weeks Marine of Cranford, N.J.

In addition to restoring the federal channel to authorized dimensions, the sand removed from Jones Inlet was beneficially re-used to provide a degree of shore risk reduction along the 3,500 feet of shoreline ─ about 2/3 mile ─ immediately west of the inlet at Point Lookout and to provide emergency stockpiles for resiliency against future storm impacts, as needed.

“With Sandy supplemental appropriations under Public Law 113-2/Disaster Relief Appropriations Act of 2013, the Corps is able to dredge federal navigation channels and repair Corps projects that were damaged as a result of Hurricane Sandy,” said Joe Olha, project manager, New York District. “By removing critical shoals that impacted navigation in Jones Inlet federal channel, we were able to restore the navigation project to authorized dimensions and provide a degree of storm resiliency to the Point Lookout shoreline.” 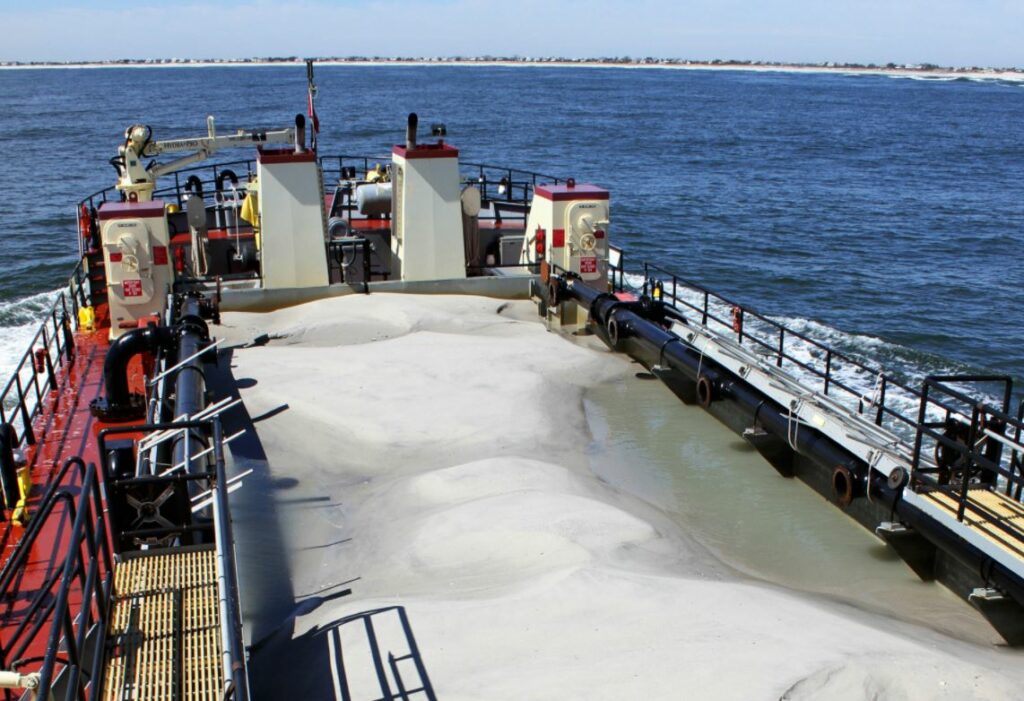