In many coastal cities, the ground is now sinking faster than the sea level is rising due to climate change. This subsidence is the result of human activity, namely the pumping of groundwater.

Parts of Jakarta, Ho Chi Minh City, Bangkok and many other coastal cities have already sunk or are threatening to sink below sea level.

These were presented to the General Assembly of the European Geosciences Union by Gilles Erkens, geologist at Deltares.

The total damage due to subsidence worldwide is estimated at billions of dollars a year. In the future, this will only increase, through the growth in both population and economic activities. Subsidence is an underrated problem worldwide. How much and how quickly it can proceed is apparent in North Jakarta, where the city has sunk four metres in the last 35 years, a fall of 10-20 cm per year.

The consequences of floods increase due to subsidence – the area remains deeper under water for longer.

The economic damage rises and the risk of more victims is increased. Also, movements in the ground cause significant economic losses in the form of structural damage and high maintenance costs for roads, railways, dikes, water pipes, pumping stations and buildings.

Groundwater extraction is the primary cause of subsidence

Groundwater extraction due to urbanisation and population growth is the primary cause of serious subsidence in the megacities, but this is where the solution also lies. Besides this, coastal cities are confronted with greater natural subsidence, and they are usually built on weak soils.

However, subsidence only occurs in the place where the groundwater is being extracted. This is in contrast to climate-driven sea level rises which are a problem for all coastal cities. The solution to subsidence must be found in the city itself.

Government bodies and inhabitants are often not aware that subsidence is an urgent problem. A different way of thinking and an integral approach are needed to stop subsidence. The present reaction to a flood is more often to build a barrier.

But if the flood was partly caused by subsidence, in the course of time, the barriers will no longer suffice, because the actual cause of the problem – the extraction of groundwater – is not addressed. Subsidence must be included along with water safety in the planning processes for the medium and long term.

In their future scenarios, many governments only target the consequences of sea level rises, but subsidence is an equally urgent issue. The sea is rising by three to ten millimetres a year; the ground may sink up to 100 mm a year. 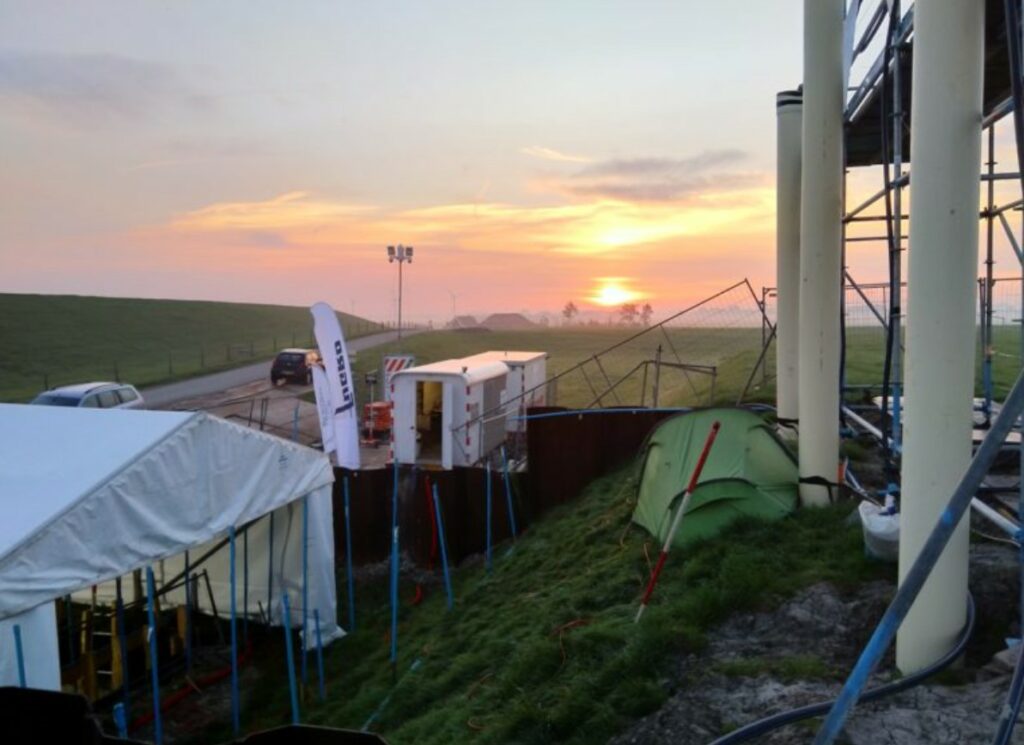