With the relocation of all operational activities in recent days, the new Doha (Qatar) Airport has become fully operational.

Hamad International Airport was built on land that was reclaimed from the Gulf waters. DEME realised this platform for the new airport – a project for which it reclaimed more than 60 million m³ sand in less than 24 months – by means of subsidiary Dredging International and DEME’s branch in Qatar, Qatar Dredging Company Q.D.C. (now called the Middle East Dredging Company or MEDCO).

On 1 May, Hamad International Airport (HIA) had a low-key opening with standard flights by budget carriers. Qatar Airways and all of the major international airlines followed suit last week. The new airport, named after the Emir who stepped down last year in favour of his son, is now fully operational. The opening of 33 provisional gates also puts an end to passenger transit on busses at the old Doha International Airport (DIA) some four kilometres away.

With 22 km² of surface area and a 600,000 m² airport terminal, only the first phase is finished of what should eventually become an international hub for 90 million passengers. DEME was responsible for no less than half of the 22 km² that was reclaimed as land from the sea. With a value of 337 million euros, at the time it was one of DEME’s largest contracts ever.

Eleven different hopper and cutter suction dredgers were used for moving the 60 million m³, with up to five pipelines reclaiming dredging fill simultaneously onto the same surface area. The extremely limited draught at the site constituted a particular challenge. This made it necessary to first dredge an access channel to the desired depth with smaller ships, so that the powerful suction hopper dredgers, such as DEME’s ‘Lange Wapper’ and ‘Nile River’, could reach the location. DEME’s largest Cutter Suction Dredger, ‘’D’Artagnan’, was also mobilised in order to ensure that the large quantity of sand would be pumped ashore on time. Given the purpose of this new platform, the reclaimed sand had to be compacted to the highest international standards.

DEME executed the work in 2005 and 2006 as part of a consortium, whereby DEME subsidiary Dredging International and its Qatari subsidiary, Qatar East Dredging Company (QDC), conducted approximately two thirds of the work. The project also included construction of a protective dike and rock revetment against wave action and tides, which required approximately 2 million tonnes of rock over a length of not less than 19 kilometres.

The new Qatar Airport is not only a calling card for Qatar, but also for Belgian export companies. It will not be long before the FIFA World Cup will set foot in Qatar on land that has been reclaimed by Belgians. It is also here that the largest passenger aircraft in the world, the Airbus 380, will have its home base.

Constructing airports on land that has been reclaimed from the sea creates significant added value. Companies from the DEME Group previously built runways in the sea for the Sydney Airport and they realised the foundation for the Macau Airport in the Pearl River Delta opposite Hong Kong.

Currently, DEME is also conducting dredging works for the access channel of the New Port Project in the south of Doha, as well as dredging the basin and reclamation of the Naval Base on an artificial island alongside the new access channel. 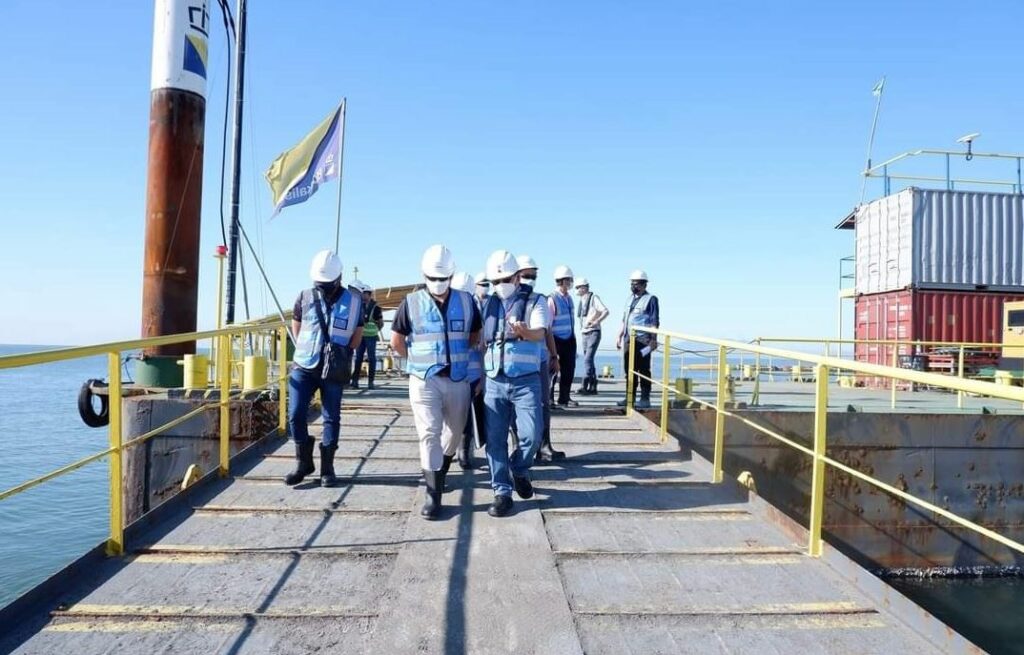