The Belle Fourche Irrigation District will be performing dredging of the South Canal intake structure this summer.

Dredging, that was supposed to begin in the middle of August, will continue through the end of the year, or until work is completed. Work will be performed daily between 6:00 a.m. and 6:00 p.m.

“South Canal Outlet Works has large amounts of sediment deposited around the intake structure,” said Jeff Nettleton, Manager of Facilities and Engineering for Reclamation’s Dakotas Area Office. “Dredging will remove sediment from around the intake to ensure proper flow, operation and function of the Belle Fourche Dam Outlet Works.”

The dredging barge and equipment will be surrounded by buoys, which have solar powered lights for visibility at night. Boaters should maintain a distance of at least 300 feet from the dredging equipment and buoys to avoid accidents and to protect any divers that may be in the water.

“The reservoir is open to the public during the scheduled work, however, boaters and recreationists should be cautious and careful when approaching and driving their water craft near the construction equipment that will be onsite,” said Nettleton.

Belle Fourche Reservoir and the surrounding lands are owned by the Bureau of Reclamation. South Dakota Game Fish and Parks is the managing partner of the Rocky Point Recreation Area on the reservoir lands. 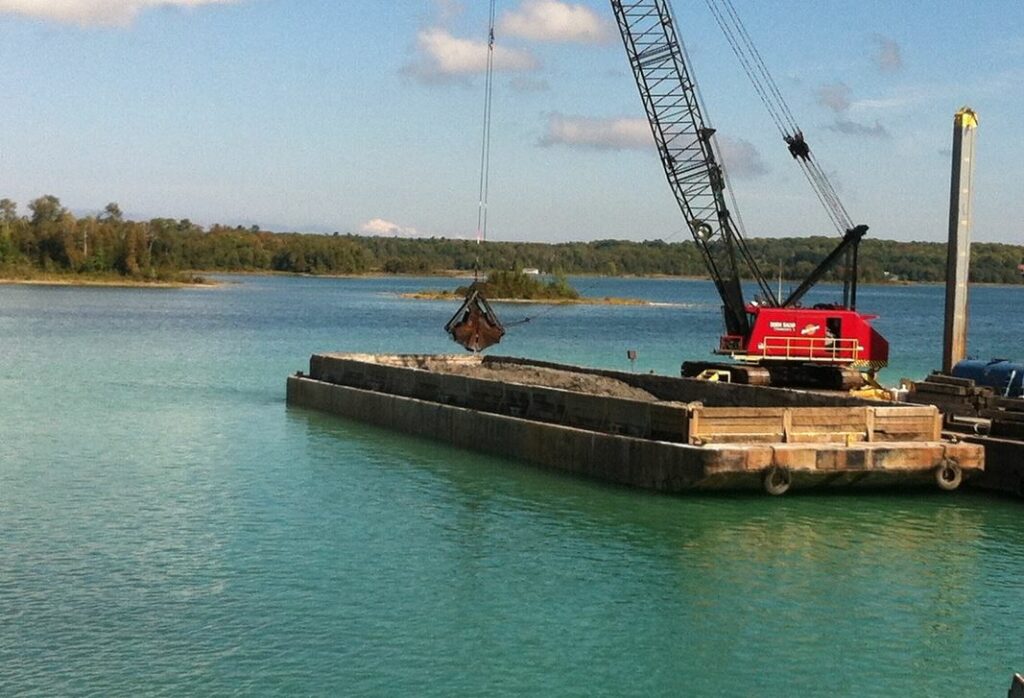