Vladimir Putin held a meeting today to discuss the development of the Azov-Black Sea port infrastructure, also taking into account the reunification of Crimea and Sevastopol with Russia.

Before the meeting, Black Sea Fleet Commander Alexander Vitko briefed the President on the construction of a base in Novorossiysk.

“Lately we have managed to launch a large-scale plan to modernize and expand Russia’s port infrastructure and start up projects to create major world-class logistics units, including here in the south of Russia, in Krasnodar Territory,” said Putin. “All this creates the incentives for making Russia’s economy more competitive and for creating new successful companies and enterprises; this is the key to strengthening Russia’s position as an important element of the global transport routes.”

“I would like to note that the volume of cargo handled by Russian ports is growing steadily despite the complicated situation on the world markets. This increase is observed in all the seaports: in the south of the country, in the Caspian and Far East regions, and in the north there is some advance in the Arctic area as well.

“The Azov-Black Sea Basin accounts for over a third of this volume. Ports here have been developing rapidly, with cargo transhipment volumes growing by 10.8 percent in eight months – this does not take into account the ports in Crimea and Sevastopol.

“Our task is to maintain the positive dynamics, enhance the capacity of Russian ports, effectively speed up shipping and handling and create new high-quality jobs.

“Firstly, as I have already said, we need to adjust our current plans taking into account the reunification of Crimea with Russia. The existing and future port terminals in Crimea and Krasnodar Territory should complement each other; we should make maximum use of the advantages of each port, each logistics complex. In this connection, we need to consider which facilities are to be developed in Crimea and which – in Krasnodar Territory.

“Secondly, we need a detailed estimate of the modernization and development plans for the Crimean ports to see how to load them most efficiently and make them part of Russia’s overall transport system. While doing this, we should not leave out environmental aspects: new construction sites and expanded port facilities should not harm the natural, recreational and spa potential of the peninsula.

“Thirdly, we know that a major issue holding back the development of port terminals in the south of Russia is the limited capacity of the Krasnodar railway terminal. Significant funding has been allocated to remove these bottlenecks. I would like to hear a progress report today on the work done and when we can see this problem resolved. We discussed this on numerous occasions, even met in Moscow for the purpose.

“In conclusion, I would like to stress that projects to develop transport infrastructure should be based on realistic loading forecasts and take into consideration the investment plans of private companies and our plans to locate in the region the Defense Ministry’s facilities and production facilities of the United Shipbuilding Corporation.” 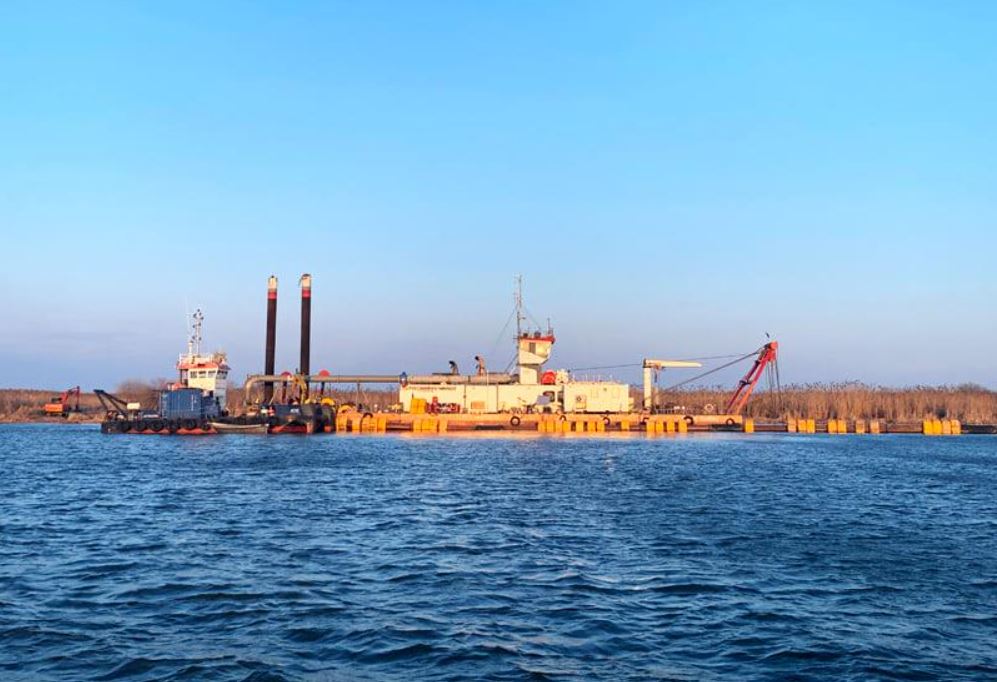