All dredging operations at the Sabetta seaport and the Gulf of Ob, that were scheduled for 2014, have been completed, according to the Federal Marine and River Transport Agency (Rosmorrechflot) report.

As Rosmorrechflot reports, over 21.5 million m³ of dredged material has been removed from the site, making over 30% of the total volume of dredging required under the project.

With successfully completing the task, the first vessel to leave the scene was DEME’s Cutter Suction Dredger D’Artagnan who left the harbor on October 8th, followed by the rest of dredging ships and auxiliary vessels.

Sabetta Port dredging project works are a part of a huge international operation to facilitate maritime transport of liquid gas from the Yamal Peninsula.

Out of the proposed 50km long, 295m wide and 15m deep sea channel, so far 105-meter wide channel with a seabed level of 15.1 meters has been dredged over the whole length of the channel. 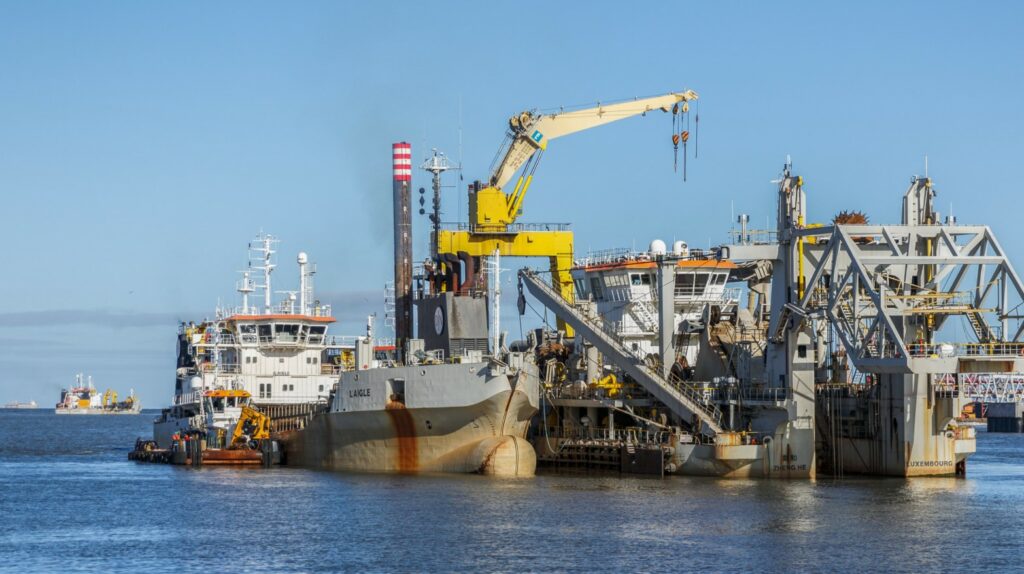