One third of the groynes being installed as part of a £36 million coast protection scheme in Tendring will be completed by Christmas, it has been revealed.

Contactors working on the project between Clacton and Holland-on-Sea will have completed the first 1.5 km section by that time.

New beaches should then be in place between the structures by early next year.

“The main beach recharge should, weather permitting, start on the week ending November 22,” he said.

“This will involve an 800 mm diameter pipe, 700 m long, being floated into position followed by 62,500 m3 of beach material pumped ashore each week and shaped by a bulldozer.”

It will take roughly one week to complete each bay.

The project will then close down for a short while to avoid the worst of the winter weather, only to be remobilized in late March to tackle the last stretch of 3.5 km. The entire project is due to be completed in autumn next year.

So far more than 80,000 tons of granite has been delivered to the site from Norway to carry out the construction.

Material from the old groynes which have been removed is being recycled into the core of the new groynes and the remains of the timber defenses are being stored to be used elsewhere in the District.

The main contractor for the scheme is VBA Joint Venture Limited, with the program being project managed by Mott MacDonald. 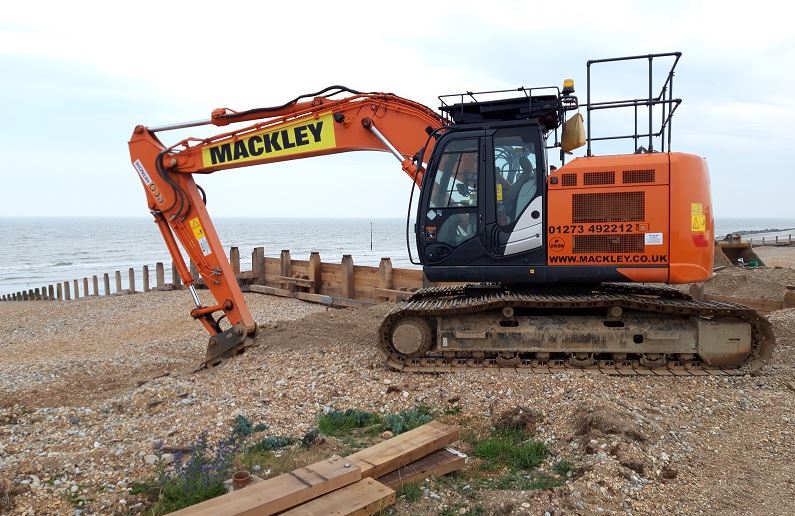