Work on the extension of a rock wall at Buffalo Beach and a geotextile seawall at Brophy’s Beach is planned for late April/May.

“The consent to build a rock wall extension at Buffalo Beach has come through and we are now tendering for the work,” announced Thames Coromandel District Council.

Meanwhile the consent for the geotextile wall at Brophy’s Beach, should be through by the end of February.

“We are looking forward to seeing the physical work start,” said Mercury Bay Community Board Chair Paul Kelly. “Brophy’s Beach has been a really popular spot this summer, particularly with a floating pontoon being put in.”

The new wall being built at Brophy’s Beach will replace the existing rock wall. Physical work entails excavating a footing and then laying geotextile bags on top of each other to form a wall.

Sand will then be pushed over the bags and completed with some minor dune planting work.

Construction will take about six weeks and while work is underway some sections of Brophy’s Beach reserve will be temporarily closed. 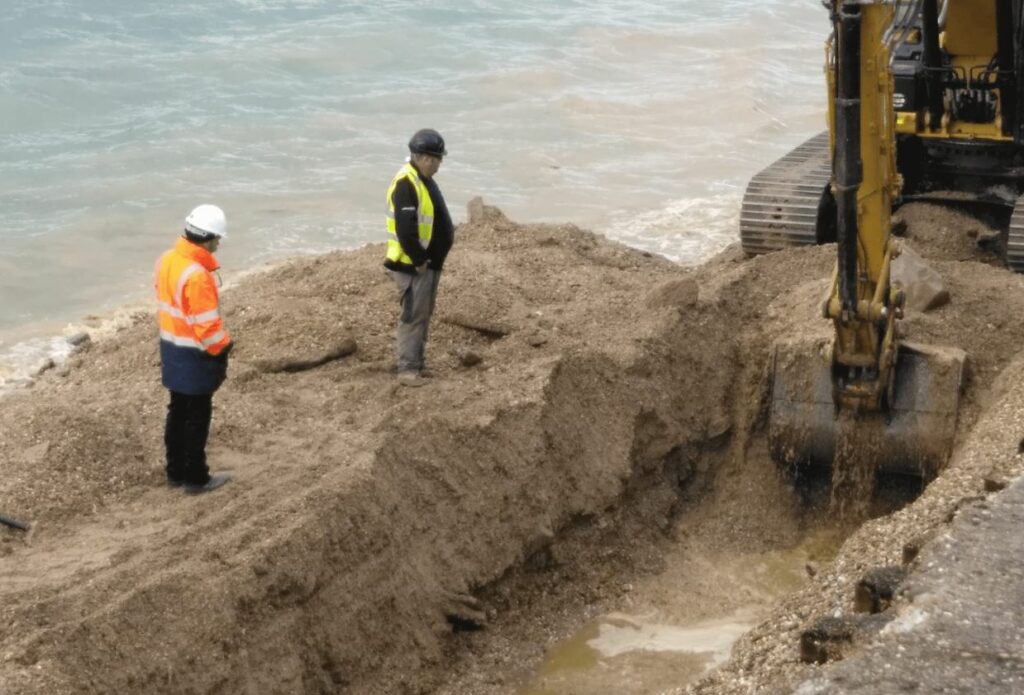