Next to the staircase on the second floor of Building 1 in the U.S. Army Corps of Engineers, Buffalo District, is a 1-inch = 1-foot scale model of the trailing suction ocean-going hopper dredge (TSHD) “Markham”. Many Buffalo District employees pass by this model every day, perhaps not even giving it a thought.

Today, sadly, the Markham sits 18 miles out of Masonboro Inlet, North Carolina, in 85 ft of water. It was sunk by the North Carolina Division of Marine Fisheries in 1994. Two days before the sinking, it was realized the Markham was too large to be sunk upright as originally planned.

It was decided that she would have to be sunk on her side to allow enough clearance for ship traffic.

Now she rests on her port side, slowly sinking into the bedrock. 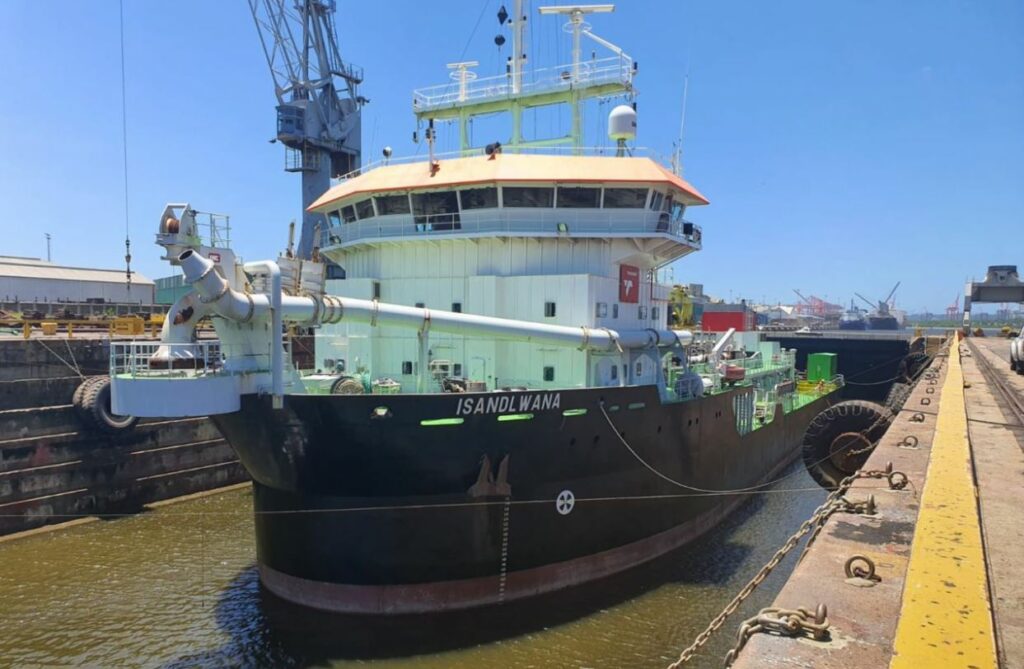