Portsmouth City Council has completed the first phase of preparation work in the north of the city while a bid for funding for work in Southsea is taking shape after a successful public consultation.

Trees and vegetation have been cleared alongside Ports Creek, near Anchorage Park, so flood defenses can be rebuilt. The work is being carried out by the East Solent Coastal Partnership (ESCP) on behalf of Portsmouth City Council and construction is expected to begin next month and continue until autumn.

This work will provide much needed flood protection for residents in the area and is the first phase of a 10-year project to improve sea defenses on a stretch of coast from Tipner, in the west, to Milton Common, in the east.

Earlier this year the Environment Agency awarded £44m funding to the scheme and the council is preparing a bid for a similar amount to fund work in the south of the city.

More than 470 people took part in a public consultation on improving Southsea’s flood defenses and the views provided have been incorporated into a business plan which will be presented to the Environment Agency in the summer.

Combined the two schemes will provide protection from coastal flooding for more than 8,000 residential properties and 850 commercial properties for the next 100 years. 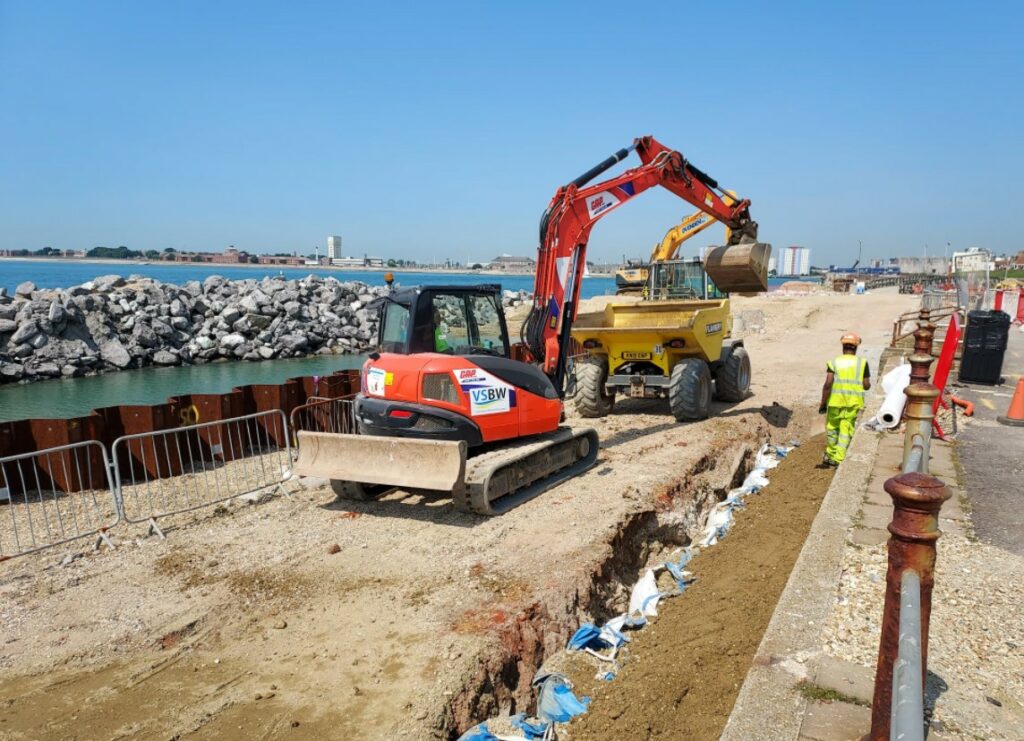