This photo shows how rock is being placed to build 1-foot oyster reefs in Harris Creek as oyster restoration efforts continue despite the surrounding icy conditions on March 12, 2015.

Through the interagency partnership, the U.S. Army Corps of Engineers and the State of Maryland have planted more than a billion oysters in the Harris Creek Sanctuary since 2011. 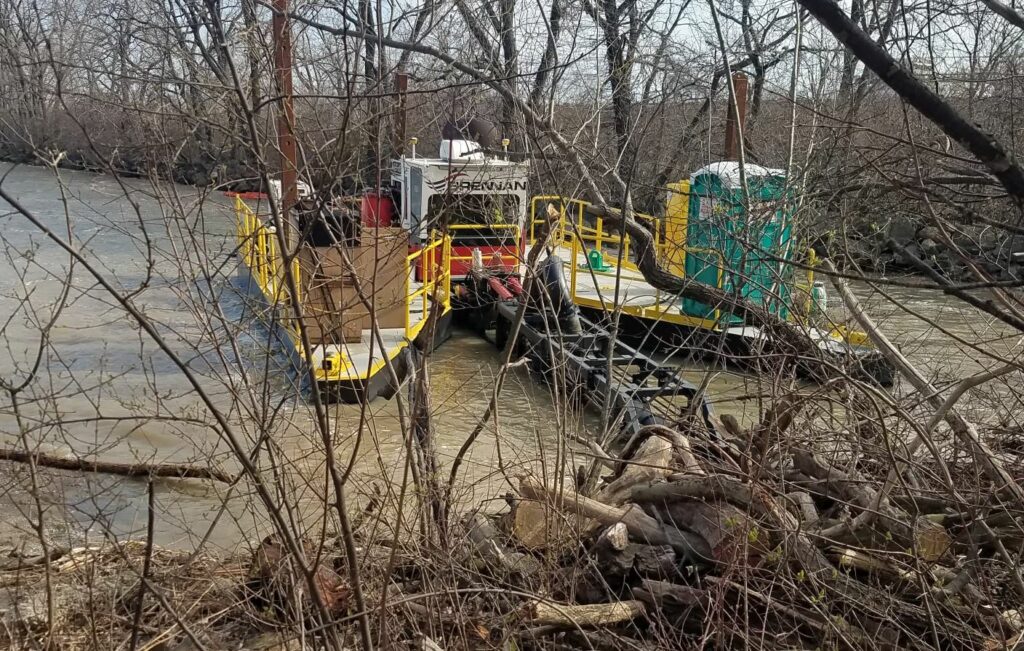