The European Union has decided to give €550,000 in funding for the technical design studies of the project to improve access for shipping in the Western Port of Dunkirk, in order to provide optimum conditions for the berthing of the world’s largest container carriers and capesize ore carriers in the Port of Dunkirk.

Along with all the investments planned in the Western Port, this project will contribute to the adaptation of harbor equipment to developments in maritime transport, and in particular the increasing size of container ships and bulk carriers.

With the reconfiguration of the Flanders Container Terminal and the creation of a wharf in the Western Bulk Terminal, Port of Dunkirk will offer new capacities for handling maritime freight: container handling capacity increased by 50% and new capacities for transhipment of bulk cargoes.

– Widening of access channel to 240m with a dredging level of -18 CMG;

– Enlargement of Atlantic Dock swing circle diameter to 650m with a dredging level of -18 CMG;

– Creation of a new rockfill embankment to protect the Loon Dock;

The technical design studies will be completed in June 2015. A public consultation prior to authorization under the Environment Code is planned in June 2015.

The works to enlarge the swing circle and the access channel to the Atlantic Dock will begin in the last quarter of 2015 and will last for six months. 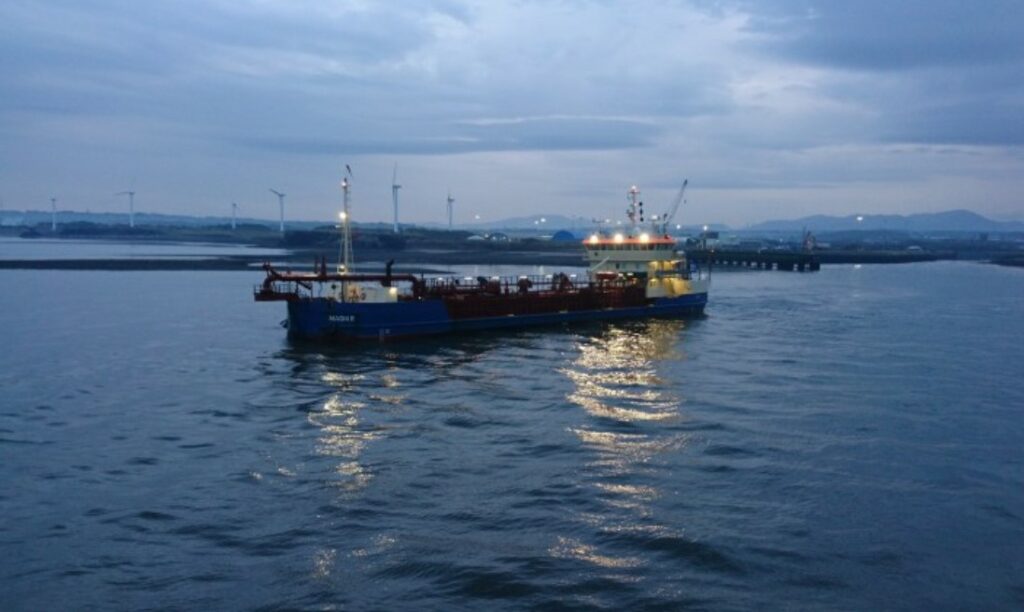