Today, we are bringing you part two of the video that documents the delivery and assembly of two Hitachi Construction Machinery EX-1900-6 BH Excavators to Qatar for the New Port Project.

On 19 June 2007, His Highness Sheikh Hamad Bin Khalifa Al Thani, Emir of the State of Qatar, issued a Decree, setting forth the creation of one of the world’s largest greenfield port developments.

Strategically located south of Doha, the $7.4 billion megaproject, which includes a new port, a new base for the Qatar Emiri Naval Forces and the Qatar Economic Zone 3, will span a 26.5 square kilometer area.

Developed in multiple phases, the New Port will comprise three container terminals with an eventual combined annual capacity in excess of six million containers. The port basin will be approximately 3.8 km in length, 700 m wide and 17 m deep. In total, 63,000,000 m³ of granular material will be excavated. 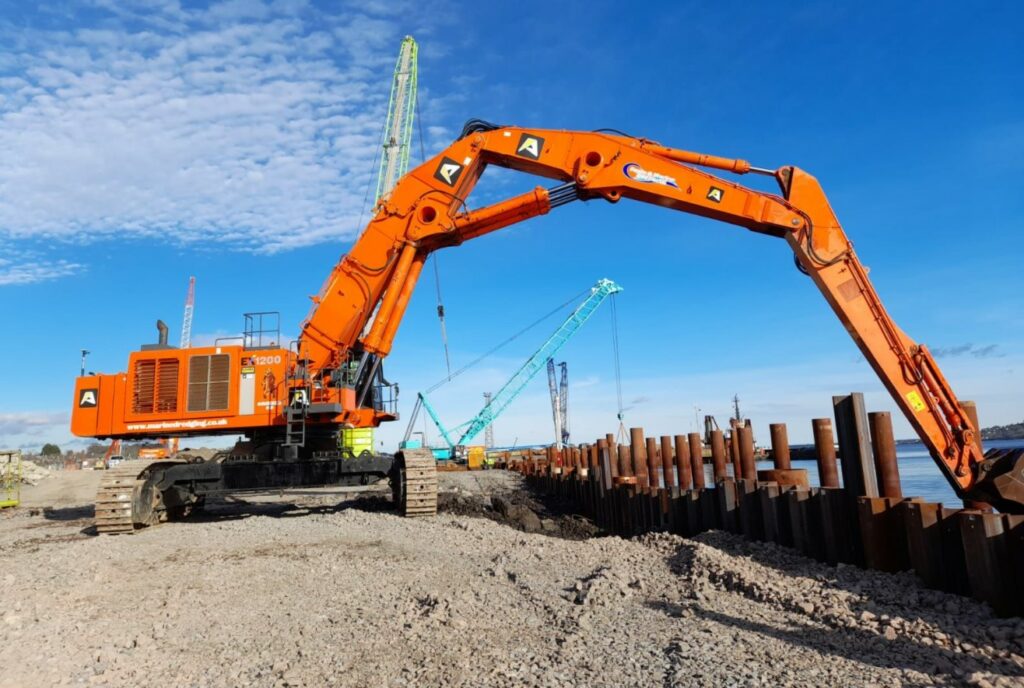