Researchers at Ecole Polytechnique Fédérale de Lausanne (EPFL) have shown how air bubbles could keep sediments from obstructing bends in river waterways such as the Rhine River, which has to be dredged regularly to stay open for freight ships.

The Rhine River is a crucial transport artery, carrying hundreds of millions of tons of freight each year. In its shallower segments, ships are restricted to deep underwater channels. In river bends, secondary currents can cause these channels to become partially obstructed by sand bars that are formed as sediment is drawn in from the outer side of the bend.

Air bubble screens could be a viable alternative to costly dredging operations, which are currently relied on to keep the river open, say researchers from EPFL, the University of Delft, and the Chinese Academy of Sciences. According to their tests, bubbling air from the riverbed could counteract the currents that form the sand bars.

Where rivers bend, secondary currents form. These weaker currents run perpendicularly to the flow of the river. In doing so, they can erode sediments from the outer bank of the river and draw them inwards. Over time, this can lead to the formation of large sand bars.

At first glance, air bubble screens may seem like too weak a force to counteract these currents, but as Anton Schleiss from EPFL’s Laboratory of Hydraulic Constructions explained, they are able to do so by unleashing a much stronger force.

“By bubbling pressurized air from a perforated tube at the riverbed, we are able to form an opposing current in the river bend, which is created by rising air bubbles that entrain the surrounding water,” he said. The water adjacent to the bubbles drags along the water in its vicinity, which again drags along more water, until a sufficiently strong counter circulation is formed.

If the approach were to be put into practice, it would involve installing a perforated steel tube on the bed of a river bend near the outer bank and pumping pressurized air into it. In still water, these bubbles would generate a circulation that looks like a squashed circle that points away from the tube on either side, about three times as wide as the water is deep.

In a river, the current would stretch it into spiral along the course of the river bend. The researchers consider the circulation to be strong enough to counteract sediment deposition in rivers with slow moving water such as the Rhine.

Using laboratory experiments, the researchers found that the strength and the size of this induced spiral circulation do not depend on the flow velocity of the river, but rather on the properties of the riverbed. In rivers with beds that can be remodeled, the induced circulation more than doubles in size compared to rivers with immobile, hard beds.

This increase in size and strength is due to two positive feedback loops that act in tandem. As mentioned earlier, when the air-bubbles rise to the surface, they entrain the surround water. First, the existing bubble-induced circulation carries subsequent bubbles, causing them to rise at a faster speed and further accelerate the circulation. Then, where the circulation hits a malleable riverbed, it digs into the bed. By locally deepening the river, the circulation increases in both size and strength.

Running an air bubble screen requires a continuous supply of compressed air, which has to be fed into the system at several points along the conduit to maintain sufficient pressure throughout its entire length. And according to Schleiss, it would have to run almost continuously during periods of high water when sediment transport peaks.

In the case of the Rhine River, an air compressor could be driven using a renewable energy source, such as wind, making the technology more sustainable the today’s dredging operations.

Bubble screens have long been used in different types of settings to oxygenate the water, from aquariums to wastewater treatment plants to freshwater lakes. They have also been used as underwater curtains to prevent the spread of invasive aquatic species or the intrusion of saltwater into harbors.

This is one of the first studies to look at applications of bubble screens in rivers and open channels. 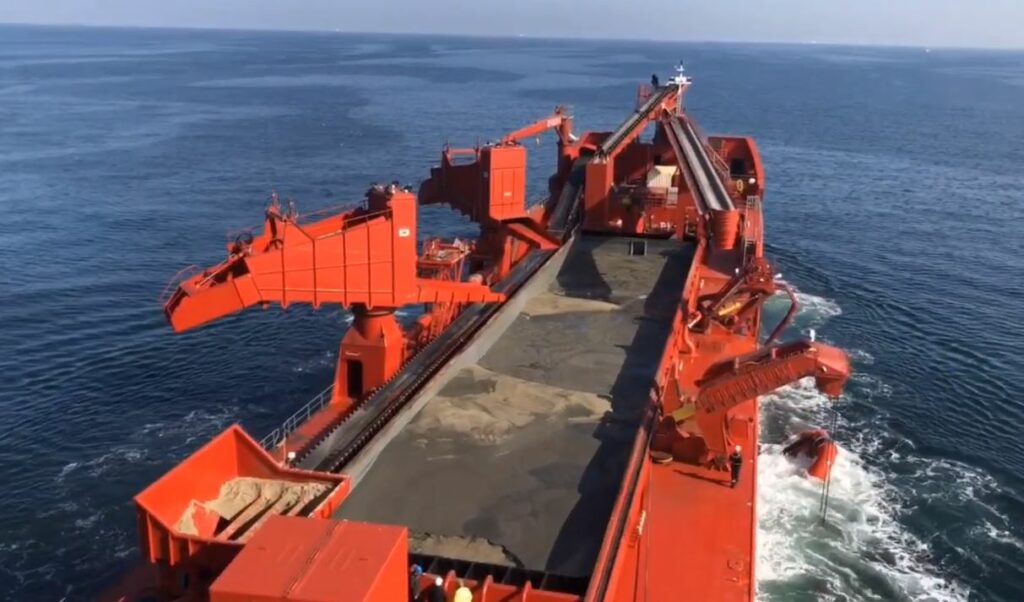