DEME has just confirmed its order for two new trailing suction hopper dredgers to enhance its fleet. Built according to a ‘green’ design, the two vessels will have a ‘Green Passport’ and a ‘Clean Design’ notation.

The Panama Canal Authority (ACP) has announced a key milestone in the Expansion Program, with the installation of the sixteenth and final gate for the new locks on the Pacific side of the Canal.

The resilience of U.S. coastal communities to storms, flooding, erosion and other threats can be strengthened when they are protected by natural infrastructure such as marshes, reefs and beaches, or with hybrid approaches, such as a “living shoreline” — a combination of natural habitat and built infrastructure, according to a new NOAA study.

USACE on Track for the Sandy Recovery Work

In testimony on Capitol Hill before the House Transportation and Infrastructure subcommittee on Water Resources and Environment, April 22, Lt. Gen. Thomas P. Bostick praised The U.S. Army Corps of Engineers’ proficiency in the Sandy recovery work. 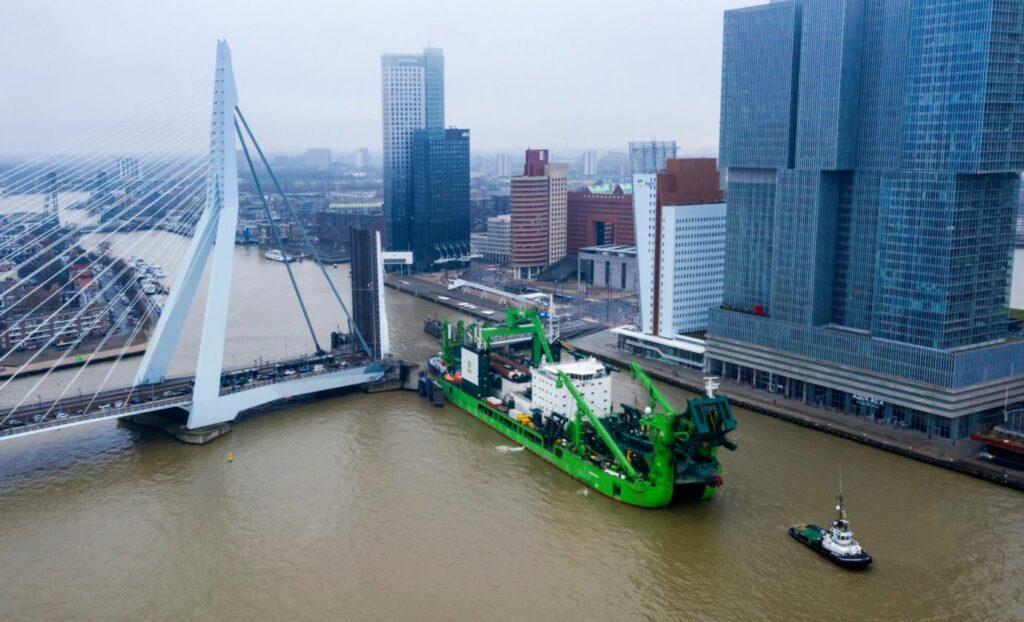