Brisbane-based Riverside Marine has signalled its entry into the Australian dredging markets with the purchase of an IHC-built 2000 cubic meter dredger.

Their new trailing suction hopper dredger, the Resolute, will arrive in Australia in October after substantial modifications currently being undertaken in Singapore.

The modifications include an ADC devised mechanism to reduce dredge material escaping with overflow, meaning less turbidity and a better environmental outcome.

“There is room in our harbors and ports for a competitive newcomer using the best equipment available and almost 90 years of expertise,” he said.

The Resolute is equipped with bottom dumping doors and shore-discharge assemblies to give it the versatility to discharge product both on-shore and at sea.

“It is an extremely efficient and remarkable vessel with a dredging depth of 30m, that can be used for maintenance dredging and landfill reclamation. This vessel is also fitted with turtle-friendly dredge heads,” added Campbell.

The Resolute will join the 2000 cubic meter dredge John Oxley 2, which has been part of Riverside Marine’s industrial sands company since 1999. 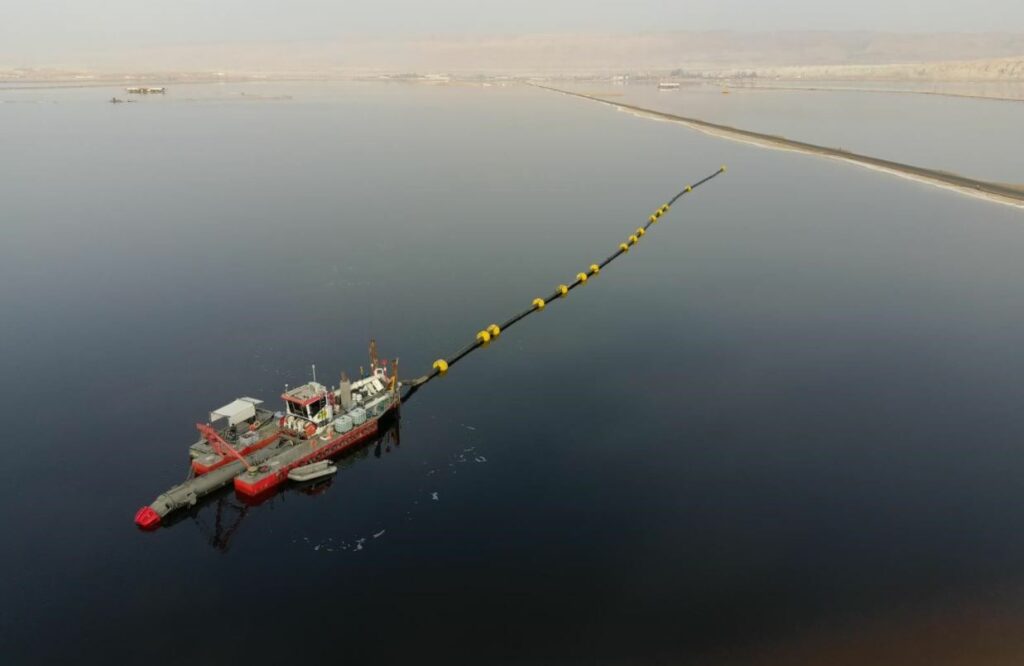