The past four months have been extremely busy for the project team working on the Sidmouth and East Beach Management Plan, as the latest Steering Group newsletter reveals.

East Devon District Council’s Assistant Project Manager Tony Burch, has just issued this update, which highlights the positive results that have been achieved in a number of significant areas of the project and outlines the next steps.

Hundreds of aerial photographs that were taken by a drone back in March (on behalf of the council) have provided a crucial up-to-date record of the main Sidmouth beach and the cliffs east of the River Sid within the context of the whole coastline from the River Sid to the headland due south of Salcombe Regis.

This also means that the council now has a record of the main beach just after the shingle recycling project was completed, so any changes can be measured against the photographs produced.

Because the images were taken at a lower altitude than historic aerial photographs, there is far more detail in the pictures, including wave patterns around coastal structures, which can be used to assess the cause of erosion. 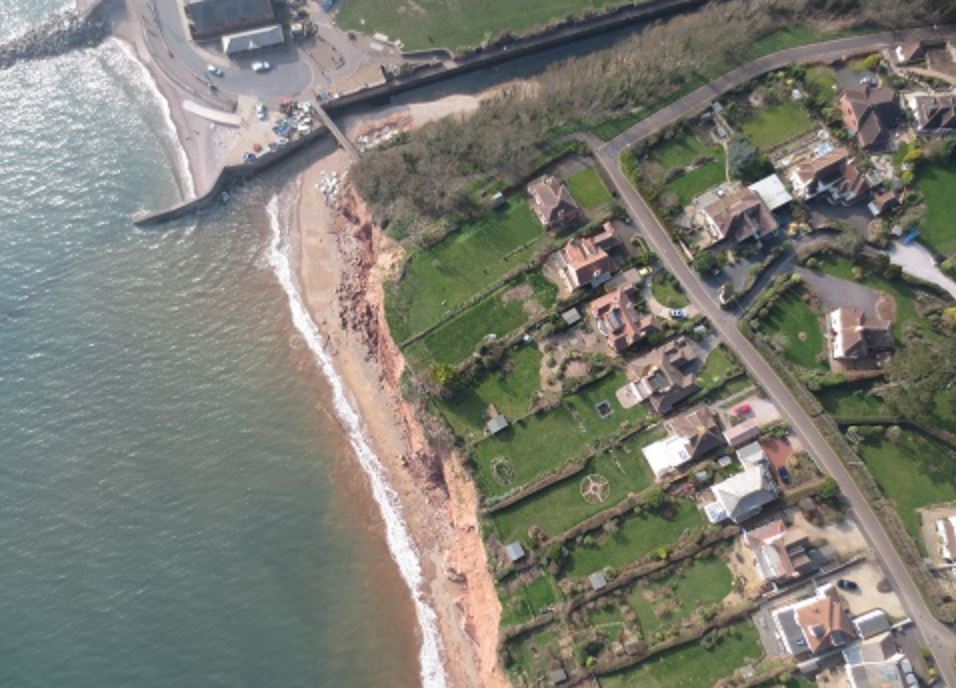