The dredger Liberty Island, owned by Great Lakes Dredge and Dock Company, returned yesterday from what turned out to be an 11-week repair job in Norfolk, Va., and work on a massive beach replenishment project at the south end of Ocean City has resumed.

The project is being overseen by the United States Army Corps of Engineers and is 100 % federally funded at a total cost of $ 57 million.

During the project, Ocean City will receive approximately 1.6 million cubic yards of sand on approximately 2.6 miles of beach from 36th Street to 59th Street. Ancillary work includes the construction of pedestrian crossovers and the installation of new dune fence and dune grass.

The restart of the project means that the small sections of beach at the south end will be closed as the work progresses.

The following beaches are currently closed:

After these areas, the work will progress north from 51st Street to 47th Street (Mid August–late August.) The area from 54th to 59th Streets will then receive the sand, from north to south. (Late August–mid September.) 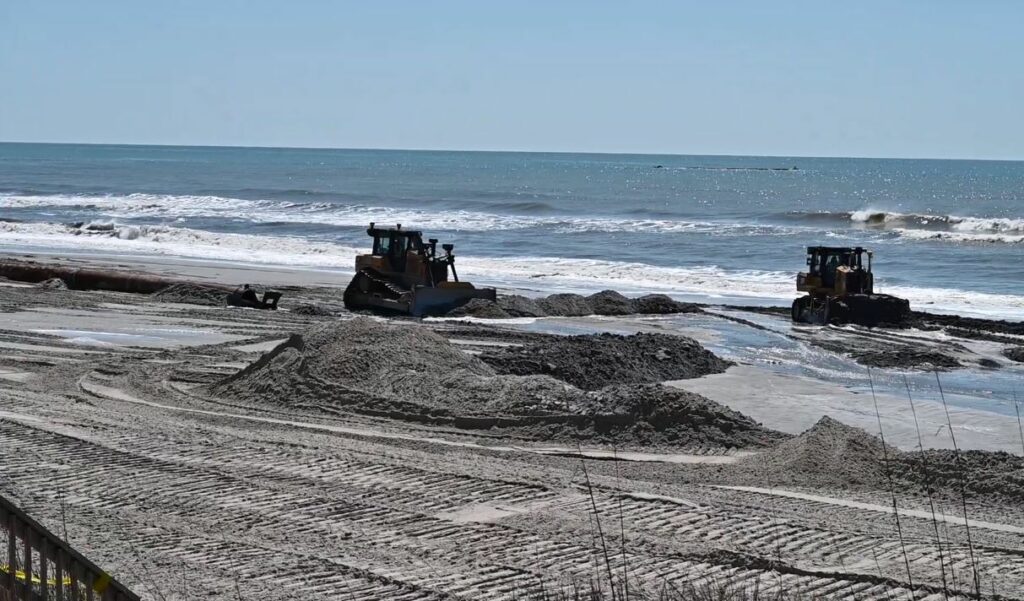