Over the next few months, the Victorian Regional Channels Authority will carry out maintenance and improvements of the shipping lanes in Corio Bay.

The works, worth approx $9 million, are scheduled for a September 8 start.

The “Geelong Dredging Program 2015″ will ensure that the Port of Geelong, Victoria’s premier bulk cargo port, keeps its competitive edge and strong focus on safe navigation.

The 2015 dredging project, funded by the VRCA, involves: dredging adjacent to Refinery Pier No 4 berth. About 240,000 cubic meters of silts, silty clay and stiff clay will be removed from the area between Lascelles Wharf and Refinery Pier to aid the safe navigation of ships.

NZ-based Heron Construction Company will carry out the dredging work. Heron will use its backhoe dredger Machiavelli to excavate the material from the seabed 24 hours a day during the program, which will take up to 8 weeks to complete.

Dredging is a routine part of maintaining and improving Geelong’s shipping channels. It has occurred periodically during the past 150 years and is an important activity in ensuring the Port of Geelong and its channel network can operate at capacity now and in the future. 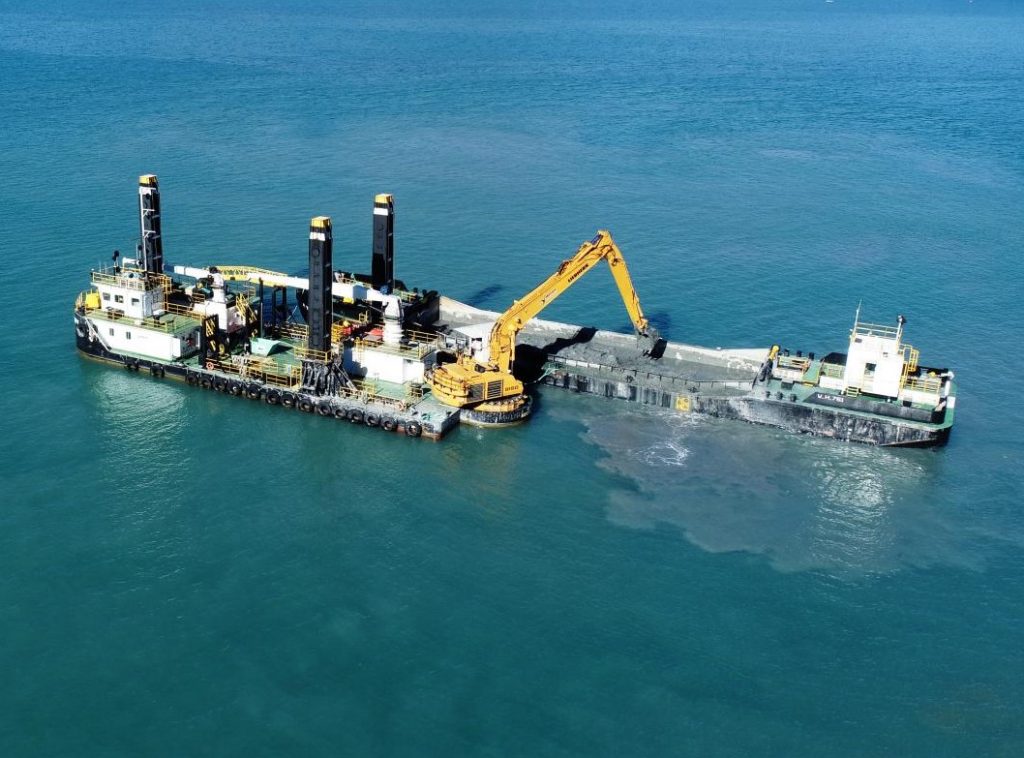