The last remaining section of the Carlyon Bay sea defenses erected without planning permission in 2004 is being ripped up.

Diggers have been taking up the iron shuttering which was protecting the Information Hut at the western end of Crinnis beach.

The developers, CEG, had been ordered by Cornwall Council to remove the structure by the end of October 2015 after councillors had expressed their anger and frustration over the continued blighting of the beach.

The so-called temporary sea defenses were erected pending the building of a sea wall to protect the proposed development on the beach.

But a 2006 Public Inquiry decided that that sea wall and associated beach recharge scheme was unsustainable and planning permission was refused by the Secretary of State for Communities and Local Government.

An Enforcement Notice was issued by Cornwall Council but it wasn’t until 2011 that the unauthorized line of shuttering and rock armor was removed – leaving the section at the western end in front of the Information Hut.

The development was redesigned, including a sea wall further back which would not involve beach replenishment. 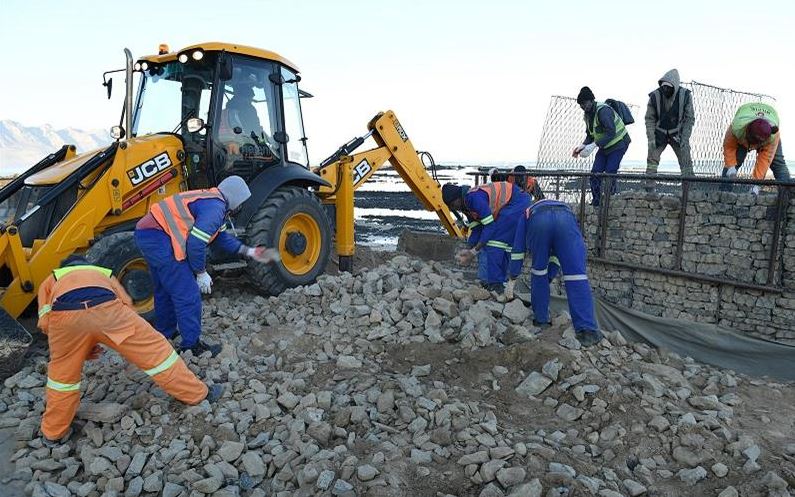