Exactly one year into the construction of the UK’s first ever offshore wind turbine manufacturing, assembly, installation and service facility, the dredging campaign which will allow deeper-drafted vessels to call at ports along the Humber Estuary has also now provided the foundations for the Siemens development at Associated British Ports’ (ABP) Alexandra Dock in Hull.

Dry land has breached the water’s surface in the dock for the first time since it was completed 130 years ago, after dredger Eke Möbius pumped one million cubic meters of material from the Estuary into the dock to infill one third of the water area.

ABP’s project team and engineers working for main contractor the GRAHAM Lagan Construction Group Joint Venture (JV) have also stored sand for use during the seven-hectare reclaim for the new quay.

The reclaimed area will be used to store wind turbine components prior to loading onto installation vessels and as well as providing material for the infill activity, the dredged area will improve navigation for the wider Estuary.

In Spring 2016 the dredging of the new berth pockets will begin, which will allow deeper drafted wind installation vessels to come alongside the newly built quay walls.

ABP Head of Projects Humber, Simon Brett said: “This transformative project is already delivering real, tangible benefits to the city and the wider region. We’ve already created jobs and many more will follow, and we are already seeing a renewed pride and confidence in our city and our region.”

The dredging activity is happening alongside marine piling for the new quay wall, which will feature berths for three installation vessels, as well as the construction of the 60m east lead-in jetty and enabling works on the 25,000-square meter site of Siemens’ offshore service building, which is located in the south eastern section of the dock. 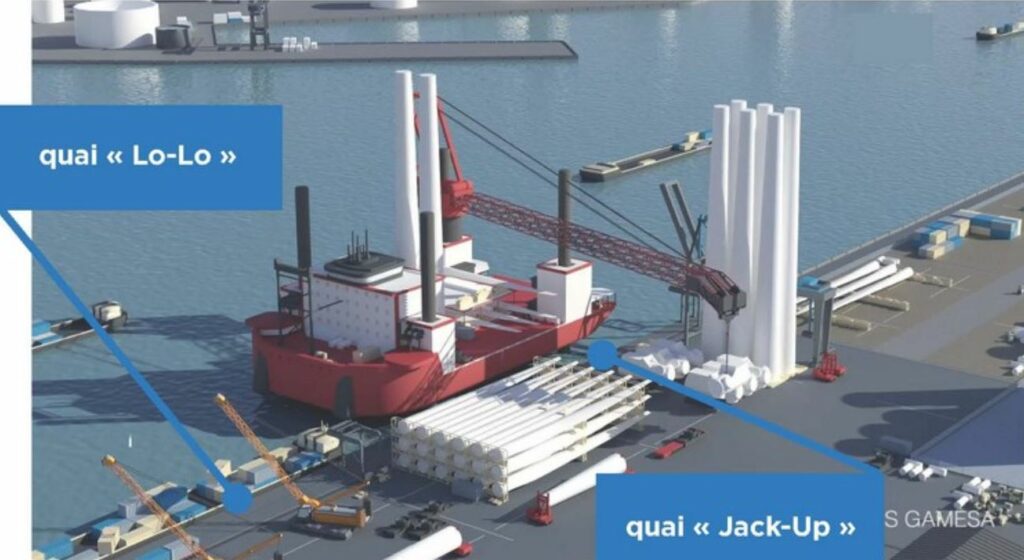