“The U.S. Navy and Electric Boat – which are pillars of the Long Island Sound economy – depend on reliable and long-term access to realistic dredging options. The Thames River which they both abut requires regular dredges to allow normal operations of submarine transit and shipbuilding. Approximately 10,000 sailors work and reside at the Groton Sub base, and there are 13,000 employees at Electric Boat in Groton and Quonset Point,” Courtney said.

“Over the last two months, my office has reviewed the Corps’ plan with both the Navy and EB and it is clear that adoption of the plan will create a clear path for the future operations of both facilities. Indeed, it is important for the region to note that in the 2005 BRAC, which initially had the Groton sub base on the list for closure, the Navy raised questions about the future of dredging disposal in Long Island Sound in its calculation of military value,” Courtney added.

“At a time when the Groton base is embarking on a new national command, the Undersea Warfighting Development Center, and EB is about to embark on construction of the new Ohio replacement submarine, it is critical to put this issue to bed and embrace the 30 year Corps plan which has received widespread support from a diverse coalition of stakeholders in the LIS region,” Courtney said.

John Johnson, Legislative Chair of the Connecticut Marine Trades Association, said, “Southeastern Connecticut relies on dredging to support our vibrant marine and maritime economy, in which the Navy and EB play a central role. We support the DMMP to ensure that these cornerstones of our region, as well as smaller marinas,  have the support they need to continue to flourish in the future.” 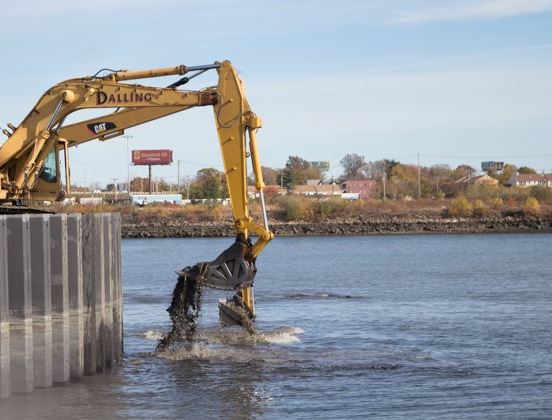