This repair scheme consists of moving the large stones at the dike crest and placing them down-slope to fill voids.

Smaller stones are being placed at the crest and also fill voids created by wave action and grouted to help lock everything together, creating a solid base to install cast-in-place concrete blocks at the dike crest.

New large stones will be placed against the cast-in-place blocks for greater structural integrity.

The work began in August, 2015 and is scheduled to continue through the end of the 2016 construction season. 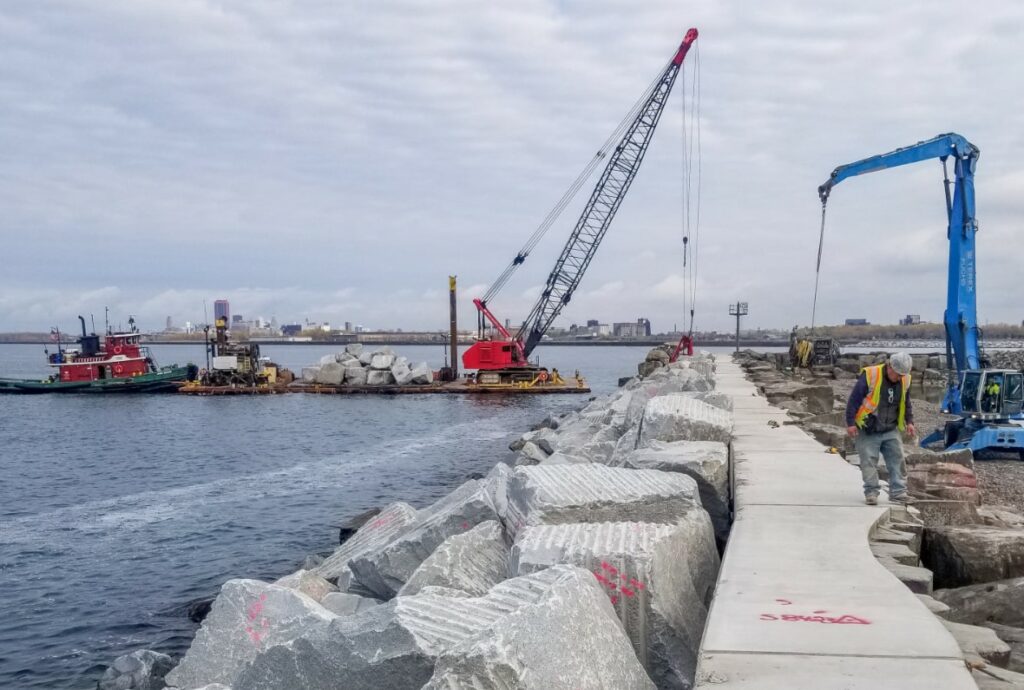