The mission of dredging harbors and connecting federal navigation channels along Lake Erie and Lake Ontario is the responsibility of the U.S. Army Corps of Engineers (USACE), Buffalo District, and is vital to the functionality of the Great Lakes Navigation System (GLNS) and the overall U.S. economy.

While dredging has been taking place for hundreds of years, the management of dredged sediment is among the top Great Lakes priorities and challenges.

Adding to the challenge is that portions of dredged sediments contain contamination that can have a negative impact on the aquatic environment if not managed properly. There are a number of potential sources of sediment contamination including: municipal and industrial discharges, urban and agricultural runoff, sewer overflows, and atmospheric deposition.

Using conventional dredging equipment, the USACE Buffalo District along with the U.S. Army Engineer Research and Development Center (ERDC) have started the first of its kind large scale demonstration of treating dredged sediment, from Ashtabula Harbor, Ohio, with activated carbon to determine if bioaccumulation can be reduced in the bioactive zone of the 50-foot-deep open-lake placement site.

“I think it is important to note here that the sediments that we are treating are suitable for open-lake placement and the amount of contamination that we are talking about is minimal,” said Mike Asquith, USACE Buffalo District dredging program manager. “The objective of the study is to evaluate the performance of activated carbon under field conditions to determine if the technology can be utilized in situations or harbors where sediment contamination is a concern.”

“Activated carbon has been used as a purification agent by many industries to treat water, air, and alcohol to name a few,” said Paul Schroeder, ERDC sediment management team leader. “It is considered ‘activated’ when it goes through a process in which the carbon is made more porous, increasing its surface area, and preparing it to accept contaminants.”

During the 2015 dredging season a total of 7,200 cubic yards was placed in the open-lake area as part of the study, of which 1,200 cubic yards of sediment was treated with two types of activated carbon, powdered and granular. Two different types were used so that the study team could see how well each mixed with sediment, how each type acted when it was dropped from to scow to the 50-foot-deep placement site, and to measure how quickly the two different types adsorbed contaminants.

“We found that we could effectively mix both types of activated carbon into dredged sediment while it is contained in the placement scow just with using a clam shell bucket,” said Asquith.

“Samples were taken at the placement site, after the sediment settled, and the results were positive.”

During the 2016 season the team will return to the open-lake placement site, take more samples from the bioactive zone to test for the reduction of the bioavailability of contaminants in the sediments. 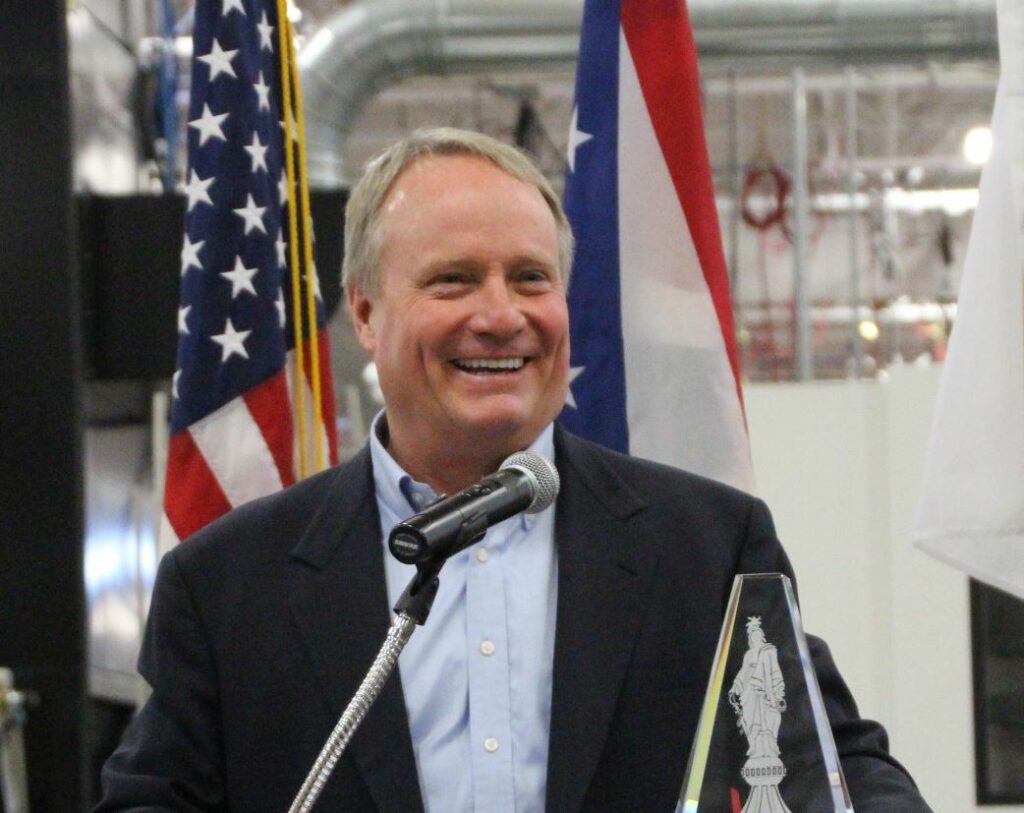