It concerns projects that will strongly improve the accessibility of various world ports for international shipping.

The execution of the contracts will start immediately and will happen on a tight schedule.

Commissioned by the Suez Canal Authority (SCA), DEME will dredge a side channel of 9.5 km long, 250 m wide and 18.5 m deep providing access to the eastern part of Port Said’s port.

Both ‘Congo River’ and ‘Nile River’ will execute the deepening dredging works. The project is carried out by the consortium Dredging International (DEME Group) and Great Lakes Dredge & Dock Company (U.S.), which realized lot 6 for the expansion of the Suez Canal earlier this year.

Port Said is one of Egypt’s most important ports on the Mediterranean. Thanks to the new eastern side canal, ships sailing to and from Port Said will no longer interfere with maritime convoys of the nearby Suez Canal.

In Panama, DEME will work in assignment for Autoridad Canal de Panama (ACP) on the further widening and deepening of the pacific entrance to the Panama Canal where DEME already worked between 2009 and 2012.

The planned maintenance (‘Lange Wapper’) and deepening dredging works (‘D’Artagnan’) are meant to facilitate the increasing shipping traffic and the arrival of larger ships (type Post-Panamax) through the connecting canal.

The existing entrance southbound of the Americas Bridge will be broadened over a distance of 7 km by 37 metres on both sides, making the total width 300 m.

DEME has won an important contract for facilitating access to Mersin International Port (MIP) on the Mediterranean in southern Turkey.

The contract will be executed with MIP which is a joint venture between the Port of Singapore Authority and the Turkish infrastructure investment holding Akfen. The container terminal in Mersin International Port is currently under expansion. As a result, the port will receive more and bigger ships with deeper draught.

DEME’s dredging works carried out by ‘Amazone’ and ‘Uilenspiegel’ over the next 7 months will guarantee easy accessibility through the widening and deepening of the approach channel, the turning circle as well as the basin and berth approach channel. 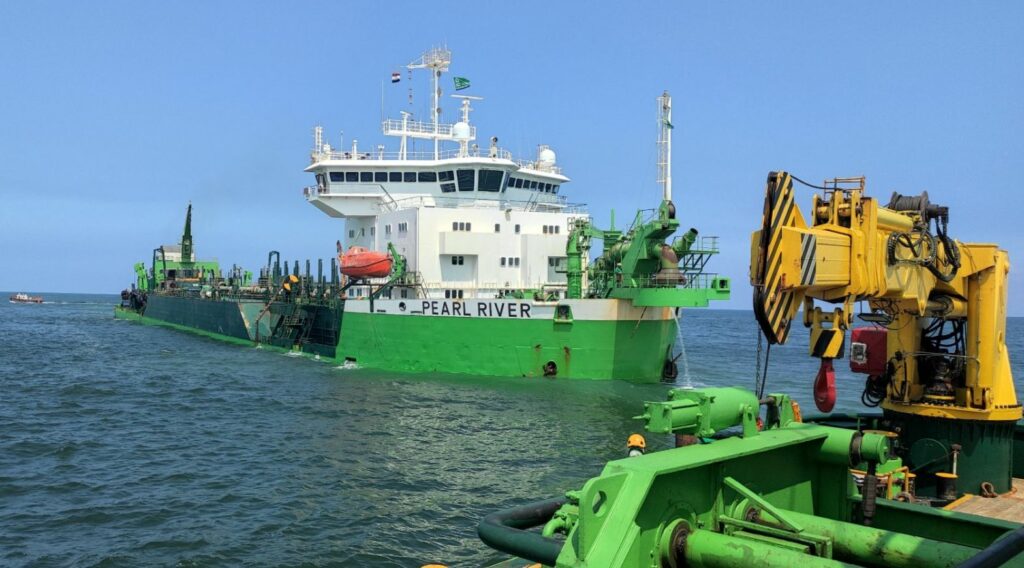