Spotlight on Vessels Snell and Currituck

The U.S. Army Corps of Engineers, Wilmington District, has just released a photo of its two vessels working in the Narragansett Bay in Connecticut.

For the first time ever, the debris vessel Snell and special purpose vessel Currituck worked in tandem to remove boulders from the Narragansett Bay federal channel.

USACE’s multi-purpose vessel Snell has been mainly used for debris removal, but can also perform pinpoint dredging with an improvised device, repair of docks or core sampling.

The 150-foot seagoing, shallow-draft special purpose dredge Currituck is used for removing dredged material from the channel with the capability to transport the material to the downdrift beach and deposit it in the surf zone only few feet deep. 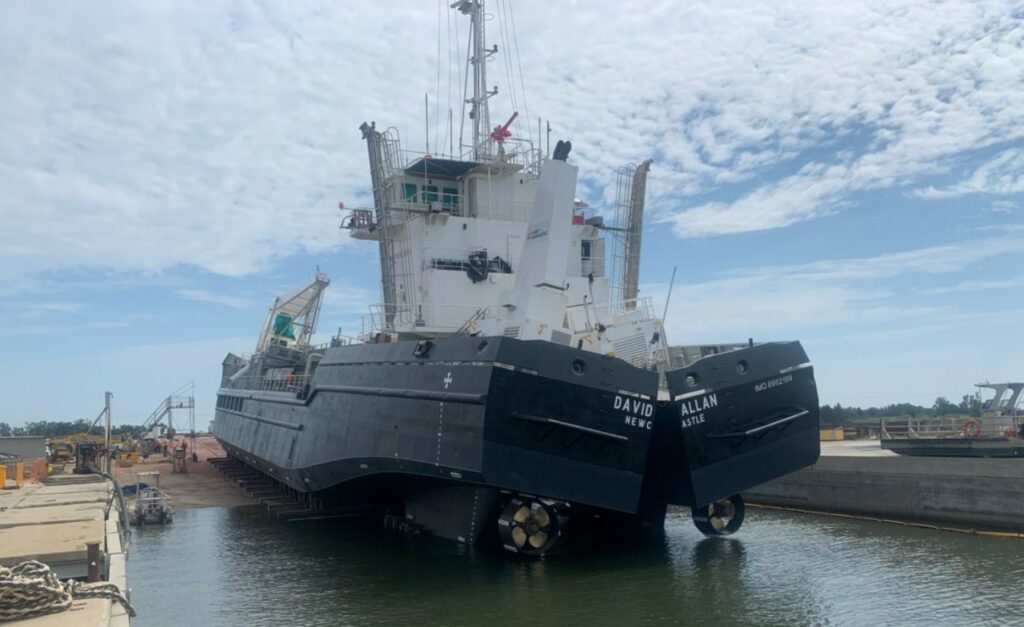