With the order of the ‘Bonny River’ at Royal IHC, the Belgian dredging, environmental and marine engineering group DEME is investing in a new generation of trailing suction hopper dredgers which will be trendsetting in coastal protection and dredging hard soils.

With this dredger, DEME is responding to the macroeconomic trend of maritime sand extraction at greater depths and further offshore.

Thanks to the hull’s optimized design, the ‘Bonny River’, with its transport capacity of 24,000 tonnes, has a limited depth when loaded, making the ship highly suitable for coastal protection assignments, even in regions with shallow beaches.

An additional asset is the second, shorter suction pipe for dredging works on a harder seabed. By equipping the vessel with a 75 tonnes draghead, the ‘Bonny River’ is multidisciplinary: as a trailing suction hopper dredger, the ship can also remove hard soil which wasn’t dredgeable in the past.

The ‘Bonny River’ will be able to minimize the turbidity generated by process water and enables dredging in environmentally vulnerable areas.

Moreover, the hydrodynamic hull and the dual-fuel engines (diesel and LNG) ensure further optimization of the fuel consumption and a minimal CO2 footprint.

The ‘Bonny River’ will carry a ‘Green Passport’ and a ‘Clean Design’ classification, a certification for owners and contractors which make the conscious decision to build and operate their ships in an environmentally friendly way.

The ‘Bonny River’ – named after the Nigerian river of the same name – is the sixth ship that DEME has on order, besides the multipurpose ship the ‘Living Stone’, the self-propelled jack-up vessel ‘Apollo’, the heavy lift crane vessel ‘RAMBIZ 4000’ and two additional trailing suction hopper dredgers.

The order for the ‘Bonny River’ has been placed at Royal IHC.

The dredger will be built by Cosco at its shipyard in Guangdong, China. 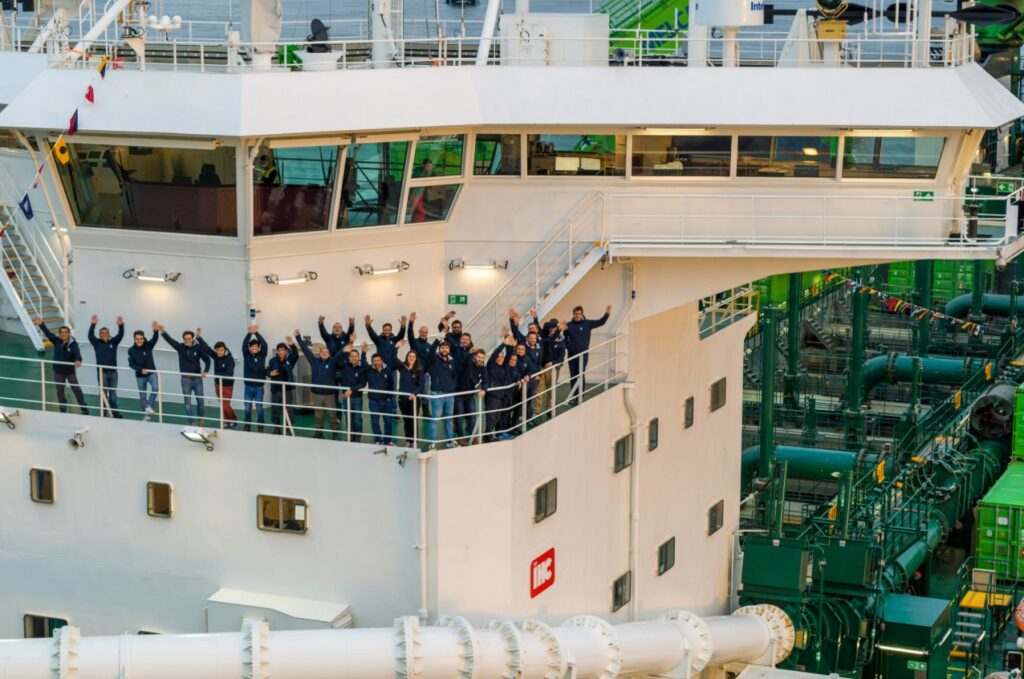