New coastal defenses are being built along the north of Portsea Island.

They are designed to reduce the risk of coastal flooding and erosion to the area over the next 100 years.

The initial phase of the work, from Ports Creek Railway Bridge to the Eastern Road Bridge, have been successfully completed and the new coastal defenses reopened in 2015.

Construction work on the coastal defenses between the Eastern Road Bridge and Kendall’s Wharf began in April 2016 and is due to continue until mid-August.

“We have appointed Team Van Oord Ltd to carry out the construction of the new coastal defenses,” said Eastern Solent Coastal Partnership (ESCP) in its announcement.

“Team Van Oord are an experienced contractor, and have worked on many similar coastal schemes along the south coast. We will be working closely with Team Van Oord to ensure that the works progress smoothly and to schedule.”

Work to reinforce the Eastern Road Bridge are underway to raise the flood defense standard of protection in this area.

Once the concrete works to the bridge are complete, work will commence to complete the earth embankment and rock revetments in this area, providing a 1:500 year standard of protection; one of the highest in the country outside of London.

The footpath along the top of the bank will be completed by the end of September 2016 and the area re-opened, offering an improved surface for pedestrians and cyclists. 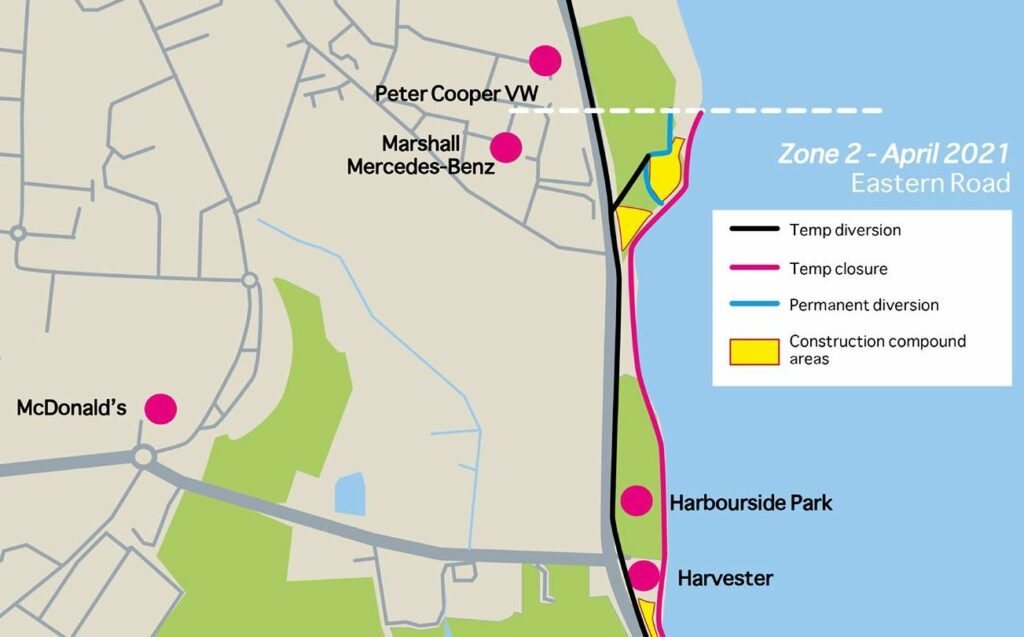