Mr Richard Anamoo, the Director-General of the Ghana Ports and Harbours Authority (GPHA), who briefed the President on the expansion works, said that the estimated cost of the project was two million Japanese yen, and it is being funded by the Japanese Government.

This development project involves the expansion of the breakwaters, creation of new berthing space, walkways, lay-by wharf of 180 meters, a water facility, etc.

The Albert Bosomtwi-Sam Fishing Harbor expansion program is being executed by the Japanese engineering consultants; Environmental Consults for Ocean and Human (ECOH).

The completion is set for December 2017. 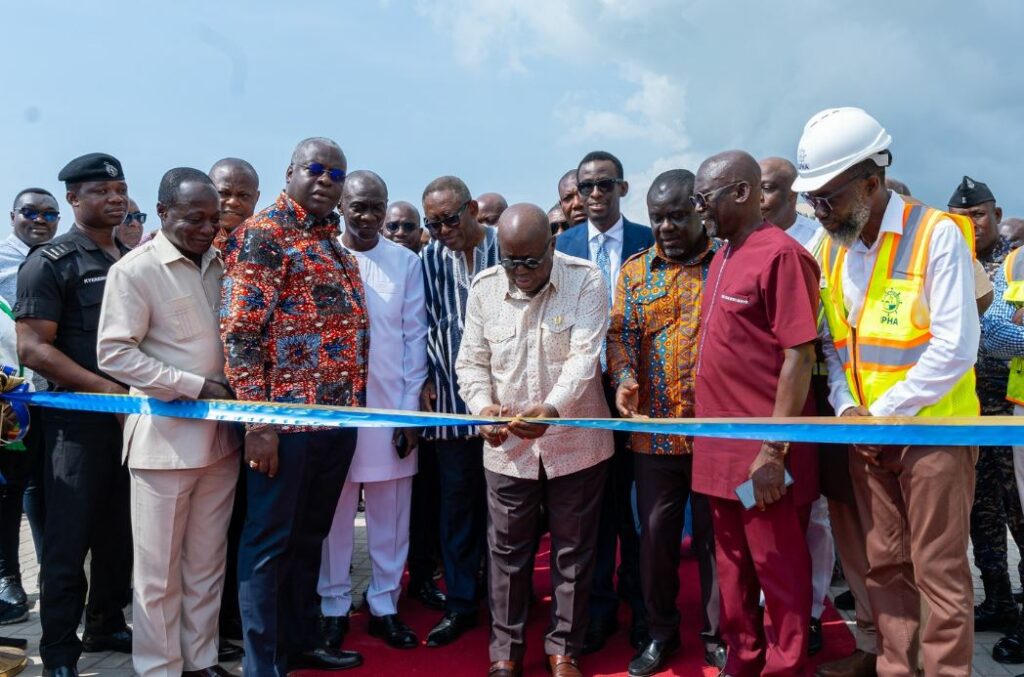