The Startup Federal Levee near the town of Startup, Snohomish County, Washington, is currently being repaired by the U.S. Army Corps of Engineers, Seattle District, in order to restore approximately 550 feet of damaged levee in two sites along the Skykomish River.

Damage to the levee occurred during flood events between October 2015 through February 2016 when the Skykomish and Wallace Rivers exceeded flood stage. The repair project will cost approximately $852,000. Construction is expected to be complete by September 23, 2016.

The Startup levee system is a 7,000-foot Federal flood control system designed to provide protection from periodic, recurring floods from the Wallace and Skykomish Rivers.

Once repaired, the levee will be restored to its pre-flood 70-year level of protection in order to protect lives and property from subsequent flooding in the ensuing flood seasons. 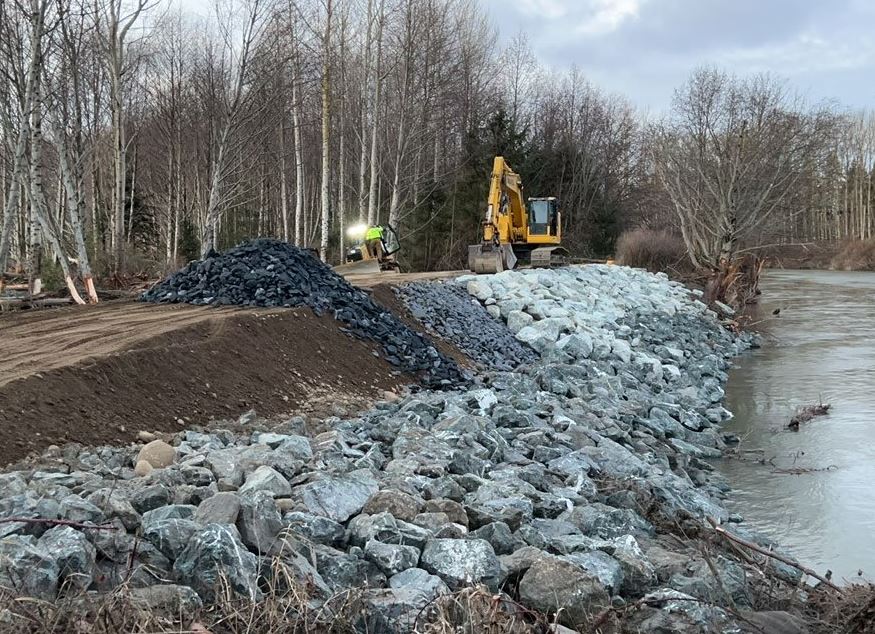