The Santa Cruz Harbor announced recently that the entrance channel dredging operations are scheduled to begin on November 7, 2016.

The Entrance dredging will continue through April 30, 2017.

Also, the announcement said that the North Harbor dredging began on October 6, 2016, and will continue concurrently with entrance dredging operations.

The dredging of the North Harbor should be completed by February 28, 2017.

Now that both dredges, the 16″ Twin Lakes and 8″ Squirt, meet Air Toxic Control Measure Standards for diesel emissions, the Monterey Bay Unified Air Pollution Control District is processing an Administrative Modification to Squirt’s Permit to Operate to eliminate the provision that does not allow concurrent operation of the District dredges. 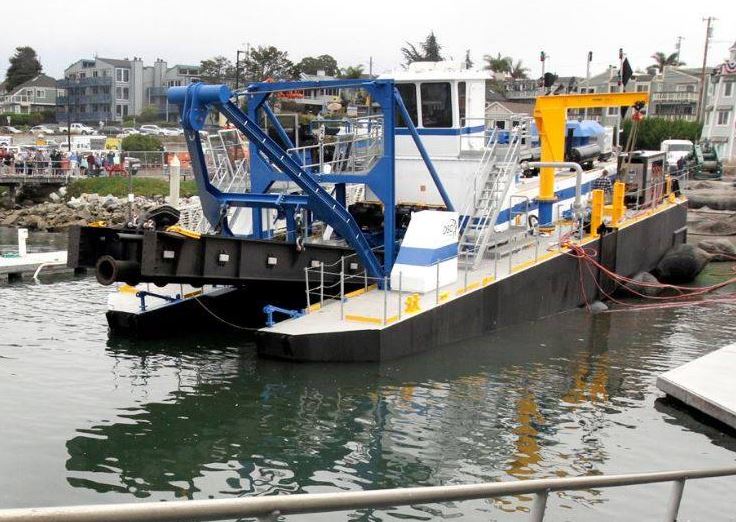