The Avalon Borough Council has approved a State Aid Agreement with the New Jersey Department of Environmental Protection that will result in a substantial hydraulic beach fill project for both Avalon and Stone Harbor in 2017.

This project will result in several hundred thousand cubic yards of sand to be placed on the north end beaches in advance of the hurricane and tourism season.

“I wish to thank our Borough Council, the United States Army Corps of Engineers, the NJDEP, and Stone Harbor for developing a new strategy to make sure that our communities are protected before the next storm season,” said Avalon Mayor Martin Pagliughi.

Under the agreement, the Borough will spend no more than $800,000 for 490,000 cubic yards of sand to repair the beaches from 8th Street south to 26th Street.

The contract has been awarded to Great Lakes Dredge and Dock Company which has performed similar beach fill projects in Avalon previously. The authorities anticipate that this beach fill will be completed sometime in the spring. 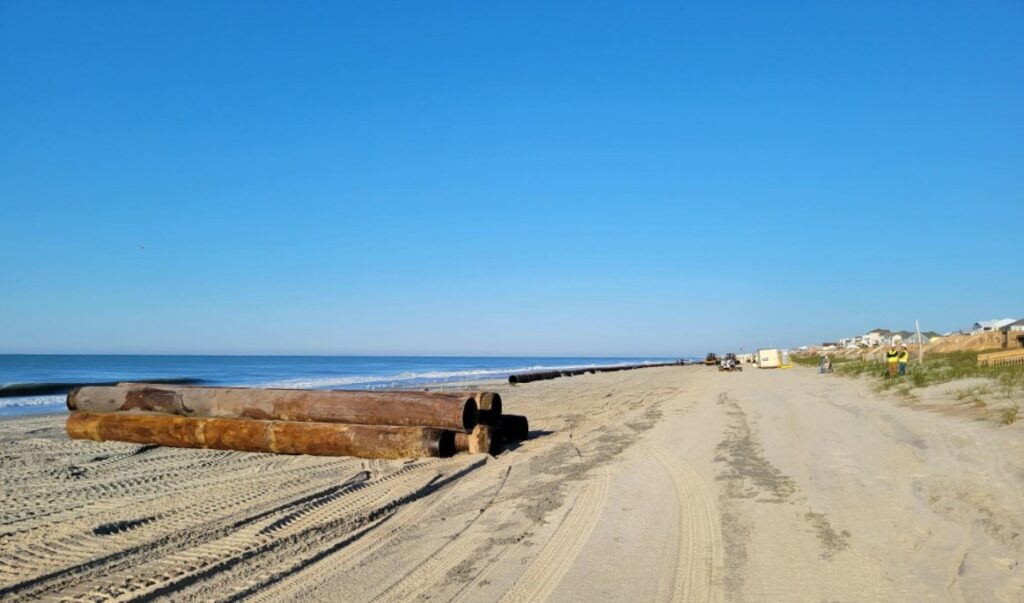