The U.S. Army Corps of Engineers, Savannah District, has announced that the workers successfully unloaded four Speece cones delivered on December 14, 2016, to an USACE site along the Savannah River.

The Speece cones, each about 22 feet tall when installed, will dissolve pure oxygen into water extracted from the river, then push the water back into the river.

The process will replace dissolved oxygen in the river lost as the Corps of Engineers deepens the harbor from its current 42-foot authorized depth to 47 feet.

The replacement of dissolved oxygen lost to the deepening of the Savannah River forms one of the environmental mitigation actions taken by the Corps for the Savannah Harbor Expansion Project (SHEP). 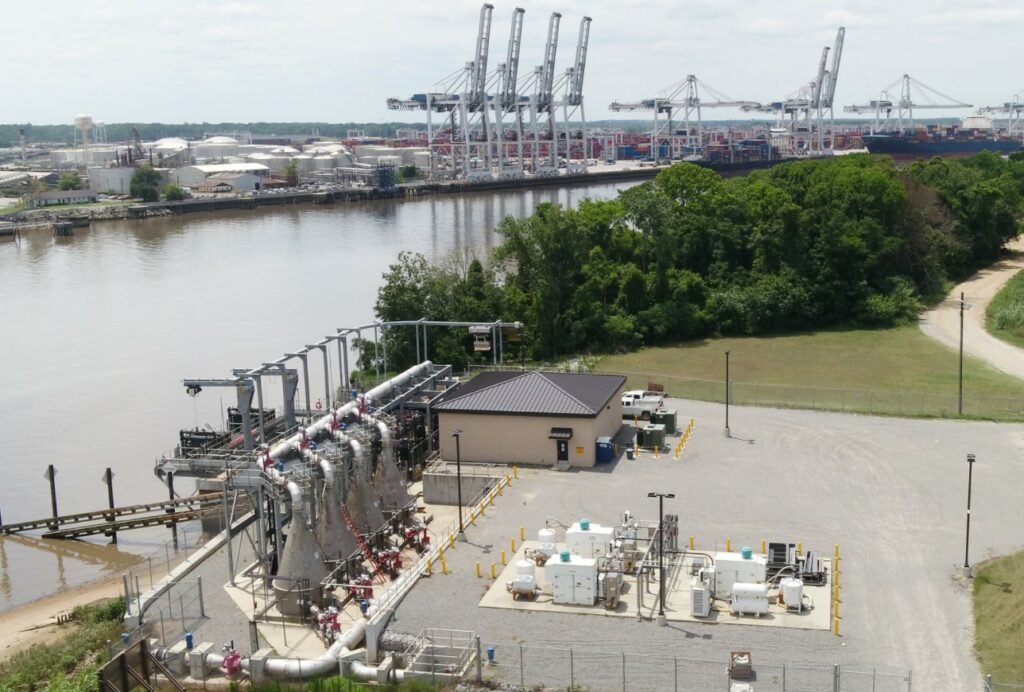