New coastal defenses are being built as part of the North Portsea Island Coastal Flood Defense Scheme which has been designed to reduce the risk of coastal flooding and erosion to the area over the next 100 years.

This phase of the works will be from the Mountbatten Centre, Twyford Avenue to the Ports Creek Roundabout and will form Phase 3 of the North Portsea Island scheme.

According to the Eastern Solent Coastal Partnership (ESCP), the construction is set to begin in April/May 2017 with the completion proposed for autumn 2019.

Phase 1 of the works was at Anchorage Park, completed in August 2016, Phase 2 took place at Milton Common, completed in October 2016. 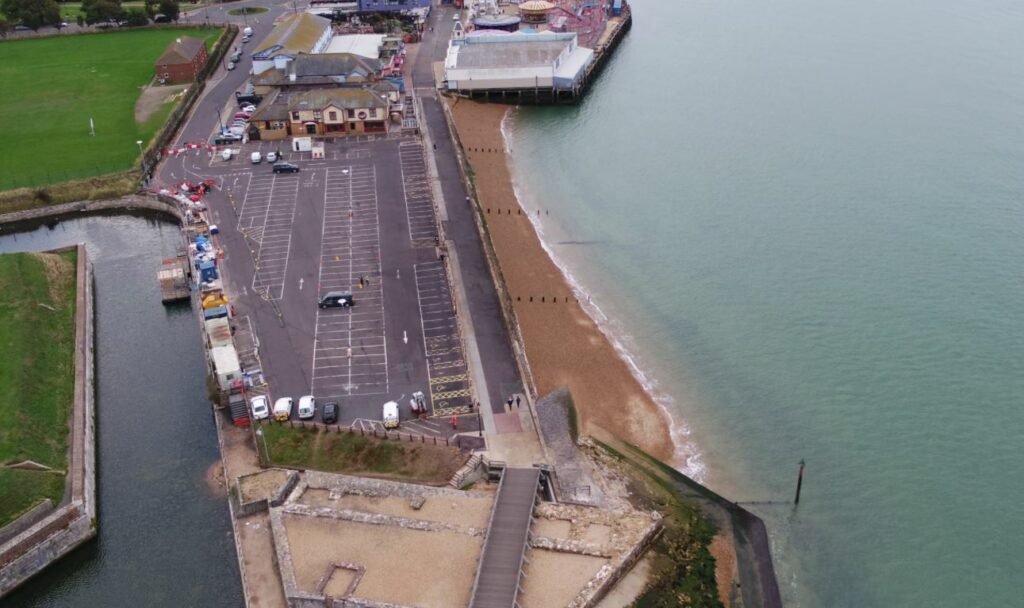