Work on the U.S. Army Corps of Engineers, Charleston District’s largest navigation scheme, the Post 45 Deepening Project has entered the final phase, according to the Lt. Col. Matthew Luzzatto, the District Engineer.

The project recently received authorization to proceed under the Water Infrastructure Improvements for the Nation Act. The WIIN Act was signed into law in December by then-President Barack Obama.

The Charleston Harbor Post 45 Deepening Project has already hit several milestones, however the latest is a big “WIIN.”

“With the WIIN Act passing, we are now authorized to move forward with the final phase, the construction phase, of the project,” said Lt. Col. Matthew Luzzatto, District Engineer. “Currently, we are 95 percent complete with our entrance channel design phase and plan to have a dredge in the water by December 2017 to start the construction phase.”

To celebrate this historic bill passing, U.S. Senators and Congressmen along with business leaders from BMW, Volvo, Maersk and Michelin North America, recently gathered by invitation from the South Carolina State Ports Authority.

“This is a celebration of a collaborative effort,” said Rep. Mark Sanford. “It’s remarkable to think of the harbor and all that happens with it. It has been the lifeblood of the Charleston community going back to the 1600s.”

Like Sanford, the District also recognized the importance of Charleston Harbor, saying that USACE is committed to keeping the harbor safe and navigable, which includes deepening projects.

As many business leaders and elected officials have pointed out during this meeting, the Port of Charleston is an integral part of a prosperous economy for not only Charleston, but also South Carolina and the nation.

The Corps’ harbor deepening project will enable larger ships with more cargo to call on the port and, ultimately, strengthen the economy. 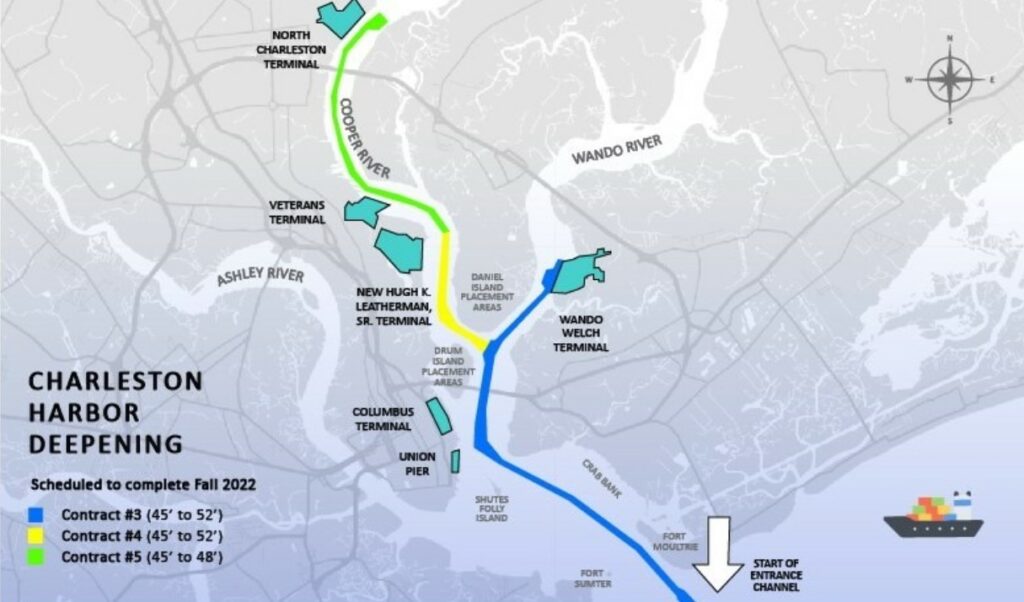