Duval County beach nourishment project will reinitiate next week, according to the U.S. Army Corps of Engineers, Jacksonville District.

The goal of the project is to restore protection features prior to the start of hurricane season, June 1.

The additional dune-work, funded by the City of Jacksonville, will continue on all beaches, including Jacksonville, Neptune and a portion of Atlantic Beach.

Project Manager Jason Harrah said that the work will address areas eroded by Hurricane Matthew in the southern portion of the project, as far south as 17th Avenue South, which was completed prior to the storm but too far south to include in the November-December work progression. Crews will also complete the berm and dunes in the north.

USACE reported that the initial sand placement will start with the first pipeline “landing” around 7th Street in Atlantic Beach, progressing southward to tie in to the previous work between 1st and 2nd streets in Atlantic Beach. Work will then continue north from 7th St. up to the northern terminus between 17th and 18th streets.

Upon completion of the work in Atlantic Beach the contractor will establish two subline/pipeline “landings” in the Jacksonville Beach area, in the vicinity of 10th Ave South and 2nd Ave North to construct the beach and dunes stretching from 17th Ave South to the previously completed work between 8th and 9th Ave North.

USACE also added that GLDD will deliver truckloads of 40-foot shore pipes to the 16th Ave. South staging area. Sublines will extend about 3,000 feet offshore and will be set about 5,000 feet apart. Dredged sand will get pumped through the subline to pipes located on the beach.

The dredge Terrapin Island, barges and tug boats, will soon arrive offshore and start work April 8. Dredging operations will run 24 hours daily. The contractor expects to temporarily close at least 1,200 feet of the beach at a time during the project. Public access over the dredging pipes will occur roughly every 300 to 400 feet. The work should proceed about 500 feet – or about two city blocks – along the shore each day.

The Corps awarded the 2016 construction contract on June 28th to Great Lakes Dredge & Dock for $13.5 million. The renourishment is funded in partnership with the City of Jacksonville, Florida Department of Environmental Protection, and Duval County; 38.4 percent locally and 61.6 percent federally funded. 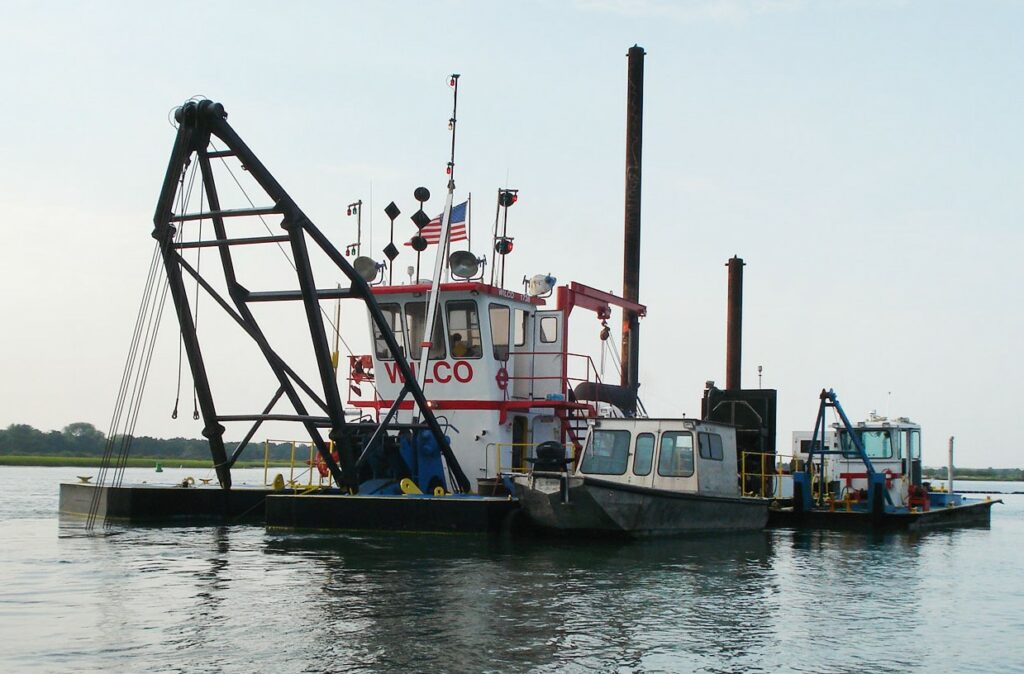