Federal, state and local partners will mark the completion of Phase 1 of the $30.9 million Muddy River Flood Risk Management project in a ribbon cutting ceremony of the Justine Mee Liff Park on April 21, 2017 in Boston, the U.S. Army Corps of Engineers just announced.

The Muddy River project was in response to a storm event in 1996 that resulted in overtopping of the banks of the Muddy River as well as several tributary areas, particularly Stony Brook. The stormwater that was not contained by the Muddy River caused severe flooding and extensive damage to the Green Line Station of the MBTA, local hospitals, schools and homes.

The city of Boston, town of Brookline and the Commonwealth of Massachusetts proposed a plan called “the Emerald Necklace Environmental Improvements Master Plan, Phase I Muddy River Flood Control, Water Quality and Habitat Enhancement,” in January 1999.

The Water Resources Development Act (WRDA) of 1999 authorized the Corps of Engineers to evaluate this Master Plan which led to the development of the Decision Document and Environmental Assessment in 2003 with the recommended plan. 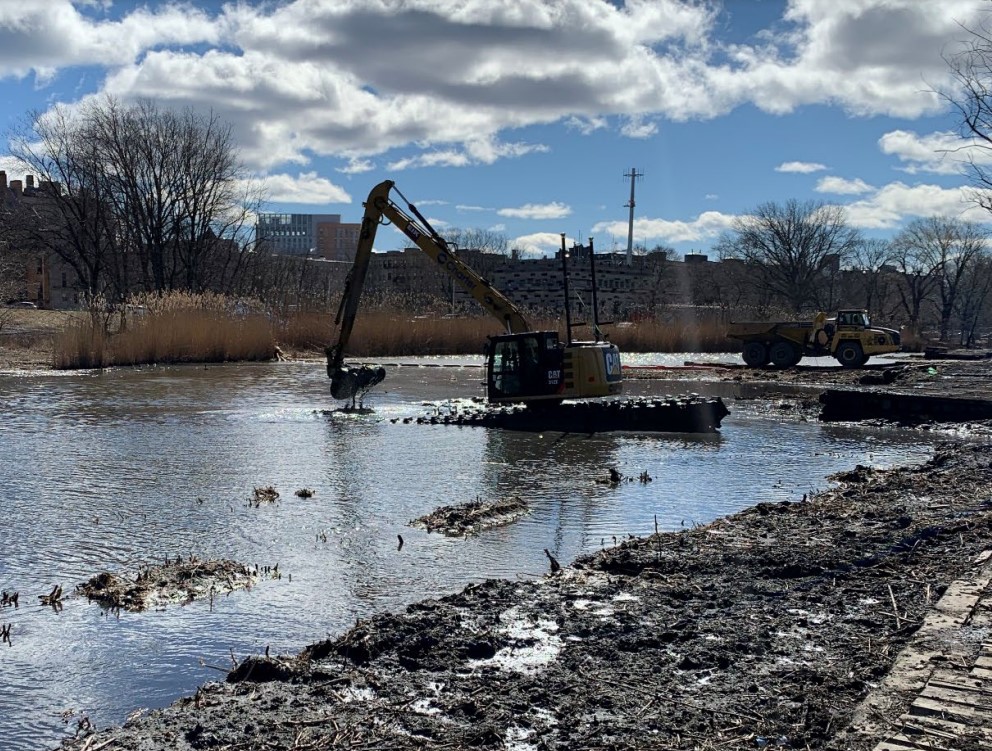