The City of North Myrtle Beach reported yesterday that dredging of 24 canals and the minor channel from 42nd Avenue North to 62nd Avenue North in the Cherry Grove section of the city concluded on April 30, 2017.

The dredging project, which was scheduled to begin in early October 2016, was delayed by Hurricane Matthew and started in early November 2016.

Because of the hurricane delay, the original completion deadline of March 1, 2017 was extended to April 30, 2017 with U.S. Army Corps of Engineers approval.

Even though all dredging logs have not yet been submitted for final confirmation, the city estimated that about 165,000 cubic yards of dredged material was transferred via pipeline to a spoils basin located off Little River Neck Road, bringing it very close to capacity.

The original spoils basin, for years used to deposit dredged material from area marinas and other locations, was expanded and its walls heightened for the Cherry Grove project. The dredged material will dewater in the spoils basin and then be moved to a final disposal location.

The dredge path as permitted by the Corps was centered between the private property lines on both sides of the canals that were dredged.

According to the city, the cost of the first dredge, including actual dredging and contingency; increasing the capacity of the spoils basin; engineering, design and bidding costs; construction administration and oversight; eventual removal of the dewatered dredge material from the spoils basin; marsh mitigation; oyster mitigation; easements; and debris removal amounts to about $8.2 million.

The Cherry Grove dredging project includes two planned dredges, the one just concluded, and, if required and if affordable, a second or “maintenance dredge” at some point in the future to remove material that sloughs or falls in from the sides of the newly cut dredge path over time or that may be deposited in the canals by currents and tidal action. 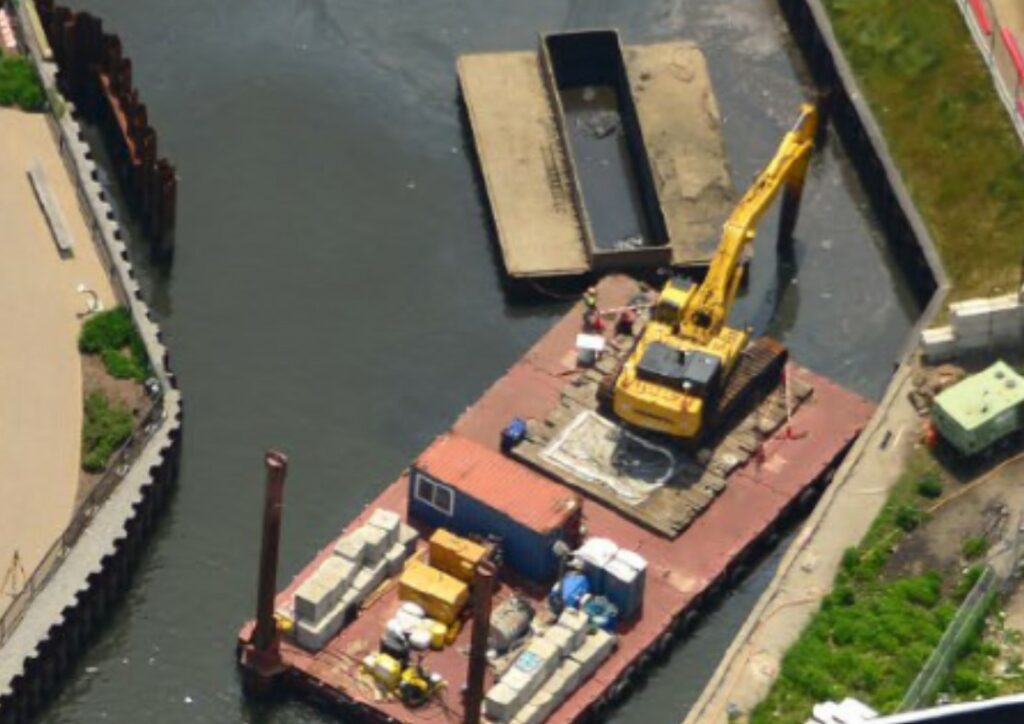